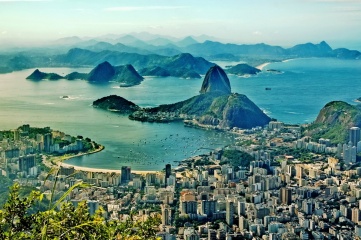 Games and non-Games infrastructure work is behind schedule in Rio

The mayor of Rio de Janeiro on Thursday announced opportunities for construction companies on the Deodoro Sports Complex, admitting there is no time to spare.

Meanwhile, the Brazilian authorities have announced a US$10.8bn budget for civic infrastructure works, amid widespread concerns about the city's readiness. Gilbert Felli, director of Olympic Games at the IOC, has introduced an unprecedented level of oversight over preparations.

Speaking to Bloomberg News on Wednesday, Paes said “[The IOC's] presence is very good, because we are going to show them we have no reason for concern.”

Construction work is now moving forwards quickly. The Mais Rio construction consortium announced on Thursday that a two-week-long strike at the Olympic Park was over. Speaking at a press conference, Paes said “The Olympic Park is going so well that even with the strike, we haven't noticed a deviation [from the timeline]."

The biggest concern is over the Deodoro Sports Complex. “We’re left without any time to lose in Deodoro; we can’t have any errors there,” said Paes.

The government of Rio de Janeiro formally invited companies to bid for construction work on Deodoro on Thursday. The work is being divided into two blocks. Contracts will be awarded to the lowest bidders and are expected to go for a total of US$358m of public funds.

Paes said "We ended up without time to burn, but the equipment is much simpler than at the Olympic Park."

One of the sports to feature at the delayed Deodoro Sports Complex is rugby sevens, which will take place in a 20,000 temporary venue to be built nearer the time.

“Following a constructive meeting with the other sports in the Deodoro Zone and Rio 2016 at SportAccord last week, we believe that the location has the potential to deliver a vibrant festival hub and a great experience for athletes and fans,” a spokesperson for the International Rugby Board (IRB) told HOST CITY on Thursday.

“However, for this to be achieved, it is essential that planning and preparations for the Zone and required infrastructure now move forward rapidly.

“As a new sport on the programme, we do not get a second chance to make a first impression. It is important all involved maintain an on-going and fully collaborative dialogue regarding venue planning, schedule integration, logistics and overall fan experience and we will continue to do all we can to support Rio 2016 and the delivery of a spectacular and memorable debut for Rugby Sevens at the Games.”

The IRB’s statement follows their chief executive Brett Gosper’s comments to the Daily Telegraph on Wednesday that “We’re more worried about actual infrastructure, public transport from other parts of Rio, to get teams and spectators out to that Deodoro Zone area.”

Conscious that civic infrastructure also needs to be upgraded quickly, Brazilian authorities have announced an infrastructure budget for the Games of US$10.8bn. The budget is 25 per cent more than originally planned, accounting for a new fourth metro line and other new projects that have pushed costs up for the host city.