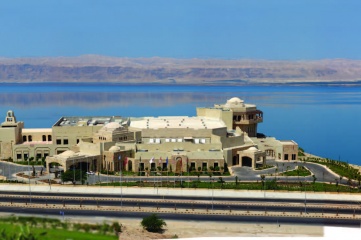 The presidents of 12 national football associations have so far confirmed their attendance at the Soccerex Asian Forum, which takes place on 13-14 May on the banks of the Dead Sea in Jordan.

These officials are the ultimate decision makers for football in major middle eastern, Asian and western markets. And with FIFA introducing new regulations on the selection of host cities for future world cups, they administrators will also have a say in some of the biggest decisions in world football.

“The quality and quantity of the attendees singing up for the Forum is truly outstanding. As the key decision makers behind commercial and development projects for their own FAs as well as international matters such as future World Cup host selection, these presidents are amongst the most important footballing administrators on the planet,” said Duncan Revie, CEO of Soccerex.

Organised in partnership with the Asian Football Development Project (AFDP), the Forum is a unique platform for businesses looking to expand their network and to present themselves to these industry leaders.

Chaired by HRH Prince Ali Bin Al Hussein, the event brings together the leading figures from the world of Asian football as well as other international football experts to discuss the development of the game across Asia. The conference agenda will include a review of the opportunities for growth and the challenges facing Asian football.

For further details about the Soccerex Asian Forum please read the full conference programme or contact Soccerex on +44 208 987 5522 or enquiry@soccerex.com.