Home
»
News
»
Are online retailers a data resource or a threat to sports and entertainment sectors? 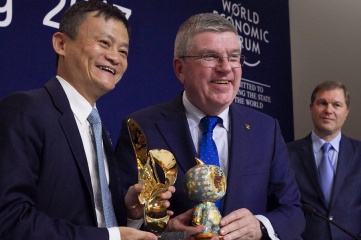 Online retailers are already disintermediating broadcasters; could they also disrupt the creators of content?

Knowing your customer is essential for any business, whether that’s a sports or entertainment organisation staying attuned to the feelings of fans or a media organisation understanding the mindset of its viewers, readers and listeners.

In the digital age, customer data has grown exponentially. But who owns the most data? The retailer is the first port of call for most customers, so online retailers are sitting on a massive digital resource that has the potential to expand the reach of any content-producing organisation – particularly when sports and entertainment is increasingly distributed globally via a single channel: the internet.

The agreement between the International Olympic Committee and Chinese e-commerce giant Alibaba is a perfect example of a partnership between an organisation dedicated to world-class content and another dedicated to reaching customers, in the world’s biggest and fastest growing market.

The deal, announced at the World Economic Forum in Davos and negotiated by Shankai Sports and Michael Payne, who set up the IOC’s TOP sponsorship programme in the 1980s, is highly innovative. In joining as the latest TOP Sponsor, Alibaba is said to be providing around US$1bn of financial support to the IOC over the next six Olympic Games. Alibaba becomes the IOC’s official provider of Cloud and e-commerce services as well as partnering with the IOC’s online Olympic Channel.

The sponsorship deal is said to have been conducted independently of Alisports, which already partners with a number of other sports organisations to deliver sports directly to fans via Alibaba’s own online channels.

Retailers are traditionally not producers of content, but they are starting to occupying this space. Amazon is already distributing online television direct to its customers – and if the e-commerce giants do start to launch their own sports events, the pressure on traditional sports organisations to assert the authenticity and integrity of their own properties will get even more intense.