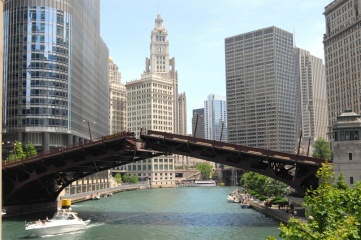 Chicago will host the 2015 NFL Draft

The National Football League’s showpiece NFL Draft event will leave New York for the first time in almost half a century when it is staged in Chicago next year.

A major event in the US sporting calendar, the NFL Draft is the selection process where the league’s teams secure the cream of the nation’s talent from the college American football system.

From April 30 until May 2, the Auditorium Theatre of Roosevelt University will host Chicago’s first draft since 1964, the year before it began a long-time residency in New York.

Radio City Music Hall has provided an iconic setting for the NFL Draft since 2006 but a scheduling conflict encouraged the league to seek pastures new.

NFL commissioner Roger Goodell said: “We look forward to returning the event to the city of Chicago and working with the city, Choose Chicago, and the Chicago Sports Commission to create a week-long celebration of football for our fans. Mayor (Rahm) Emanuel and the city of Chicago presented us with numerous ways to enhance the Draft experience for our fans and incoming players.”

Emanuel added: “Next year, NFL fans from across the country will travel here or tune in as the future of their team is decided in Chicago. We look forward to working with the Chicago Bears, the NFL, and our neighbourhood partners to make this an event that highlights our world class city and reinvests in our communities.”

A record-breaking audience of 45.7 million people tuned in across the NFL Network, ESPN and ESPN2 to watched Houston Texans make Jadeveon Clowney the first overall pick in 2014, surpassing the previous best audience figure of 45.4 million for 2010.

Philadelphia, Milwaukee, Washington D.C., Pittsburgh and Los Angeles have also hosted the NFL Draft in the past.