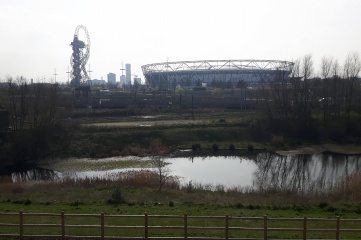 On Thursday 16 March the UK’s sports industry is teaming up with the Department for International Trade (DIT) to take advantage of future global sporting events, taking the success and expertise of the London 2012 Games overseas.

The UK has long established a worldwide reputation for organising first-class sporting events across the country and overseas. These events have helped to boost economic growth and in 2015, the sport sector contributed £35 billion to the UK economy, increasing by 2.2 per cent since 2014.

International Trade Minister Mark Garnier said: “From Wimbledon to the Grand National, the United Kingdom is renowned for its love of sport and we can use our first-class expertise to help deliver of some of the world’s most exciting major sporting events.

“It’s an open goal for UK companies as there is a global demand for UK goods and services across the sporting world. My department is committed to helping businesses realise their exporting potential and we even want more companies to take full advantage of the opportunities that open up to them.”

The UK has a major sports legacy and the London 2012 Olympic and Paralympic Games is widely recognised as one of the most successful Games in history. By 2020, it’s expected to have contributed between £28 billion and £41 billion to the UK economy.

Since 2012 the UK has successfully staged more than 70 major sporting events including the Glasgow 2014 Commonwealth Games and World Track Championships in 2016. The UK also hosted the most economically successful Rugby World Cup ever in 2015.

Last summer, DIT also directly helped over 40 companies secure business in excess of £150 million for Rio 2016. Looking ahead to future events, the UK has also secured the right to host over 20 Olympic and Paralympic events at European or World level, including 15 World and European Championships.

The Global Sports Projects Conference takes place at Plexal on the Queen Elizabeth Olympic Park where more than 140 businesses are expected to attend to hear about their exporting opportunities.

It’s a day of panel discussions, presentations and networking; with DIT offering specialist advice to helping UK companies export to their respective markets.

Businesses will be given expert help to capitalise on export opportunities for major sporting events like the Japan 2019 Rugby World Cup and the Tokyo 2020 Olympic & Paralympic Games and the growing football sector in China and India.