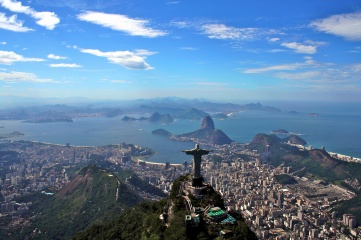 An ongoing lawsuit against Rio de Janeiro and the developer of the city’s golf course for the 2016 Olympics will not affect plans for the facility’s test event ahead of the Games, according to Gilbert Felli, the International Olympic Committee’s (IOC) executive director of the Olympic Games.

The new golf course that is being developed for Rio 2016 has proved a controversial project owing to its location, speed of development and the fact the city already has a course that has hosted major events.

The course is being developed in a nature reserve located in the Barra da Tijuca area of the city, a suburb that is also well known for its expensive real estate. Plans for the course include the construction of 160 high-end apartments that are selling for as much as $7m (€5.5m).

Judge Eduardo Klasner said in a hearing last week that the defendants – the city and the developer – and the public prosecutor must find a way to protect the nature reserve with construction to be halted if a compromise is not reached.

The prosecutor has requested that a number of holes on the course be altered and has asked the developer to return some of the land to the ecological reserve. Judge Klasner has allowed sodding on the course to continue, but the facility must be completed before the Brazilian summer begins in December, with no imminent ruling on the case expected.

Felli in April was deployed by the IOC as a senior troubleshooter for Rio 2016 and said he is confident the ongoing troubles will not stop a test event from taking place ahead of the Games, either late in 2015 or early in 2016.

“Our understanding today is that we will be ready for the first test event which will be needed to be done for the golf,” Felli told the Associated Press news agency. “We are satisfied on the progress we see today. But we are not playing tomorrow. We know that we are going to play for the test event.”

Carlos Nuzman, head of the Rio 2016 organising committee and president of the Brazilian Olympic Committee, said the matter is now in the hands of the city and Mayor Eduardo Paes. “Golf will be in the Olympics,” Nuzman said. “The city is responsible for the golf course.”

Rio 2016 last week stepped up its preparations for the Olympics by unveiling its ticketing strategy. More than half of the tickets available for the summer Games will be priced at less than R70 (€24/$31).