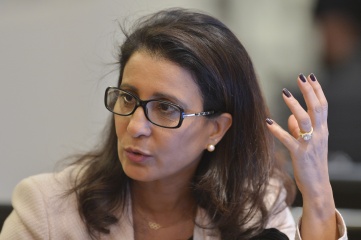 The IOC coordination commission says Rio has made solid progress on its delayed preparations to host the 2016 Olympic Games but there still is a lot to deliver, with 21 test events and very aggressive timelines for venues looming

The International Olympic Committee’s coordination commission has concluded that Rio de Janeiro is making solid progress on preparing to host the Games, but there is an “intense year ahead” with operational activities coinciding with a series of test events that pose “very aggressive timelines” for some venues.

IOC president Thomas Bach led a delegation to meet Brazilian President Dilma Rousseff, who pledged full support for the Games from “every level and ministry of [her] government as well as from State and City authorities.”

Speaking at the end of the visit, commission chair Nawal El Moutawakel said: "We were pleased to be able to show President Bach that good progress has been made on the Rio 2016 Games. The advancements made on both the Barra and Deodoro Olympic Parks were very encouraging, with both areas on track to leave fantastic legacies to the people of Rio and the athletes of Brazil.

“However, the Rio team is now entering the most intense phase in the preparation for the Games, as they reach a new level of detail while planning numerous test events.”

“Rio 2016 will have a lot to deliver while still preparing for the Games,” said El Moutawakel.

“We were pleased to see that Rio and its government partners have put in place structures that will allow them to deal with what will be an intense year ahead, filled with thousands of details that will need to be dealt with before the Games. They will also need to ensure that the venues are delivered in time to host the test events.

“The golf course, velodrome and equestrian cross-country venues all have very aggressive timelines that will need to be met over the coming months.”

Carlos Nuzman, president of the Rio 2016 Organising Committee, said “As we move at high speed from the planning to the execution phase of the project, we are dedicated to delivering on our vision for the Games.

“In a project of this magnitude, some obstacles will always exist, but with the help of our partners at the IOC and the three levels of government, we will overcome them. Our joint commitment to deliver excellent Games with memorable celebrations is stronger now than ever.”

The IOC coordination commission was pleased with the level of unity shown by government partners with the Rio 2016 Organising Committee, “which emphasised the importance of having an integrated approach to the delivery of the Games, especially during a period which is as intense as the coming 17 months.”

Accommodation and transport were also highlighted as areas that the organisers need to focus on.

“A significant amount of work needs to be completed this year to ensure that the Games experience is delivered at the highest level for the athletes, participants and spectators,” the IOC said.

The commission was pleased to see that a number of engagement initiatives have been launched in Brazil since its last visit, such as ticket sign-up, volunteer recruitment, mascots and the Olympic Torch Relay.

Ticket sales are set to begin in late March. Volunteer training, torchbearer applications, and the cultural programme are due to get underway later in the year.