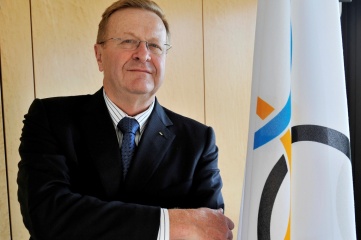 For the first time, Tokyo last week welcomed the International Olympic Committee’s Coordination Commission, which found that the city was on the right path towards hosting an excellent Olympic Games in 2020.

“The Organising Committee and its government partners have got off to a quick start and are putting in place solid foundations for the next six years of preparations,” said John Coates, the chairman the body of experts tasked with assessing and facilitating the city’s progress.

“We are very pleased with Tokyo 2020’s progress under the leadership of President Yoshiro Mori.”

Where delays have been described as “critical” in Rio, Tokyo is off to a “quick start”. And while Rio 2016 has been criticised for poor communication between different levels of government, Tokyo 2020 has benefited from good coordination within government.

“The close cooperation of all levels of government with Tokyo 2020 was clearly felt by the Commission, particularly following our meeting with Prime Minister Abe and with Governor Masuzoe’s participation in the visit,” said Coates.

“Their support for the Games, as well as the support of many high-profile Japanese personalities through the Tokyo 2020 Advisory Meeting, are greatly appreciated, and will stand the 2020 Games in good stead. Their commitment underlines that Tokyo 2020 is for all Japan, and is encouraging Japanese everywhere to get behind these Games and see how they can engage in helping Tokyo to welcome the world in 2020.”

Yoshiro Mori, President of Tokyo 2020 said “Even though our team consists of members of the sporting community, the Tokyo Metropolitan Government, the national government and various related organisations, I was able to gain a real sense that all members of the Organising Committee were pulling together in the same direction as a truly integrated unit. Over the next six years, the members of the Coordination Commission and the Organising Committee will work together as a united team, all sailing in the same boat towards a shared objective, and I believe we have got off to an excellent start.

“However, the members of the Commission did point out one or two things that need addressing. We will of course be incorporating all the advice we received into our preparations for the Games at the earliest opportunity.”

The visit took place at a time when Tokyo 2020 has been reviewing the venue plans outlined in its bid, amid widespread speculation about the implications of this review. This review was sparked by the observations of the IOC Evaluation Commission, which monitored the city’s bid for the Games.

In a statement, the IOC said “The review will not affect the core principles of the bid. The objective is to refine the legacy and operational assumptions of Tokyo’s plans. The Tokyo organisers are looking to ensure that their Games leave a sustainable long-term legacy to the host city and its citizens. The review is being carried out in cooperation with all the key national and international stakeholders.

“The legacy vision and objectives are consistent with discussions around Olympic Agenda 2020, a process that will provide an ambitious strategic roadmap for the future of the Olympic Movement.”

Mori said “With regard to the review of our venue plan, I informed the Coordination Commission that, based on such aspects as the kind of legacy we will leave, the impact of the Games on the lives of Tokyo residents and the cost of construction and maintenance of the venues, the Organising Committee will examine all issues closely and collaborate with the IOC, the International Paralympic Committee (IPC), and both domestic and international sports federations, to ensure the success of the Games.”