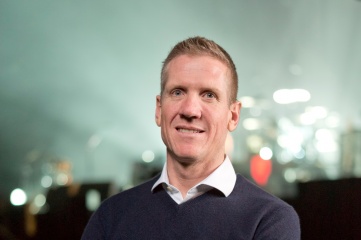 John Langford, speaker at Host City 2016, is moving from Glasgow's SECC to AEG's London venue The O2 as Vice President and General Manager

John Langford is joining AEG as Vice President and General Manager of The O2 in London on 1 November. The move follows three years as Director of Live Entertainment at The Scottish Exhibition and Conference Centre (SECC) in Glasgow, including The SSE Hydro arena.

Shortly after starting the new role he will be speaking at Host City 2016, the leading conference and exhibition for cities and sports, cultural and business events. He will be speaking on November 22 in Glasgow on the subject of “Creating Entertaining Experiences for Visitors” alongside other global leaders in staging major events.

Leading the team at The O2, Langford will be responsible for the overall operational management, commercial delivery, event booking and content creation at the London venue as well as setting the vision and strategy. Reporting directly to AEG Europe’s SVP Facilities, Richard Krezwick, he takes over as the venue approaches its tenth birthday in 2017.

John Langford also sits on the board of the European Arenas Association.

"With John’s knowledge of the music and entertainment business world and his proven track record in the venue management business, I know he’ll do a fantastic job,” said Krezwick. “John inherits a tremendously talented team at The O2 which will certainly make for a seamless transition and a bright future ahead.”

Langford’s leadership was pivotal in transforming The SSE Hydro into one of the world’s leading entertainment venues, during which time the arena significantly added to group profitably and economic impact for the City of Glasgow.  Prior to the SECC, he spent seven years as Chief Operating Officer at BIG Concerts International, Africa’s premier concert promoter and previously at senior management roles in the commercial radio industry.

“I am incredibly excited to be joining the team at AEG and The O2,” he said.

“I have always admired the impact that The O2 has on the live entertainment industry and I am greatly honoured that I can play a part in the future growth of this iconic venue.  I will miss my colleagues at the SECC tremendously and I wish them well as their incredibly successful journey continues.”

In addition to the arena, The O2 is also home to indigo at The O2, a live performance space; an 11-screen Cineworld complex; Up at The O2 – an experience that allows visitors to walk across the roof of The O2; Brooklyn Bowl - a 12-lane bowling alley, 800 capacity live music space and 130 cover restaurant, and The Avenue, which features 26 bars and restaurants.