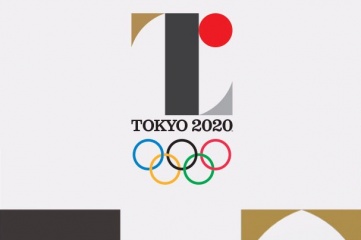 The logo aims to symbolise the unifying power of the Games

The Organising Committee of the 2020 Olympic Games has unveiled its official emblem, shortly after the axing of the stadium design and with five years to go until the Games

The Organising Committee of the Tokyo 2020 Olympic Games revealed the design of the Games emblem today.

The unveiling coincided with the five year countdown until the Games, and comes just days after Zaha Hadid’s ambitious design for the national stadium was rejected.

Based on the letter ‘T’, said to be inspired by the words ‘Tokyo’, ‘Tomorrow’ and ‘Team’, the emblem was designed by award-winning Japanese designer Kenjiro Sano.

British-Iraqi architect Zaha Hadid’s futurist national stadium design, which formed part of the bid for the Games and which was due for completion ahead of the 2019 Rugby World Cup, was finally rejected last week amid growing concerns over the cost of building the stadium.

"If the decision was made to save money, it should go right in line with the IOC's Agenda 2020," Tokyo 2020 President Mori said at a press conference on Wednesday.

Mori today called for stakeholders to unite under the new emblem.

“The Tokyo 2020 Games emblem is a wonderful work of art that represents the aspirations and the ultimate goal that athletes around the world aim to achieve – taking part in the Olympic Games,” he said.

“The emblem is also a symbol behind which the whole of Japan can unite as a single integrated body and join the collective endeavours of the Tokyo 2020 Organising Committee, the Tokyo Metropolitan Government, the national government, the Japanese Olympic Committee, the Japanese business community, as well as the Games volunteers and everyone who is assisting with the preparations for the 2020 Games.

“Let us all unite our efforts under the new Games emblems and work together as one to ensure the realisation of a truly inspirational Olympic Games in 2020.”

IOC Vice President Coates, who is leading the IOC Coordination Commission that monitors Games progress, said “I congratulate the Tokyo 2020 team on their work and believe that this emblem will have an important influence on the future of Olympic design.”