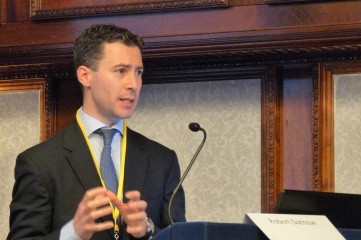 The Sports Consultancy’s ability to offer commercial services to rights holders has been boosted significantly with the appointment of key figure in Glasgow 2014’s sponsorship programme.

Marc Hope has spent the last four years with Sports Marketing and Management, where he was embedded in the Organising Committee of Glasgow 2014 Commonwealth Games playing a pivotal role on the successful achievement of almost 50 sponsors across three tiers.

He will lead on a significant investment into The Sports Consultancy’s rights marketing business, offering commercial services to rights holder and event clients.

“Rights marketing is a core part of our DNA, it’s where we originated and it will build and augment our strong commercial focus as well as add depth to our commercial and strategic consulting services to government and venue clients,” said co-managing director Angus Buchanan.

“In Marc we have found someone who shares our vision and with whom we can work with to build a prominent rights marketing practice. The results he has achieved in his career to date, most recently in his role selling commercial rights for the Glasgow 2014 Commonwealth Games, firmly establishes Marc as one of the leading practitioners in the industry.”

Before working on Glasgow 2014, Marc spent a decade with Fasttrack, which later became part of CSM, where he led the rights marketing team over a range of Olympic sports and major international events headed by UK Athletics.

Marc landed the multi-year title sponsorship deals for the London Youth Games (LYG), for which he remains vice chairman. He also served as a non-executive board director of GB Taekwondo during their London Olympic cycle 2010-2013, which saw the sport achieve Olympic gold.

Marc will be working closely with Buchanan and his co-founder Robert Datnow in developing the rights marketing practice.

“I have followed with great interest how Angus and Robert have developed The Sports Consultancy into one of the leading consultancies operating in the sports industry today,” said Hope.

“It is a privilege to join their innovative team and to have the opportunity to build a new rights marketing division harnessing the company’s reputation and contacts along with its existing in-house commercial and legal experience.”