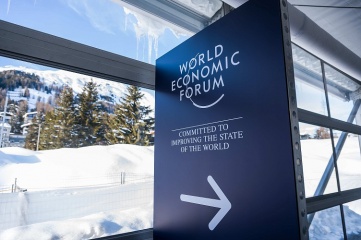 The World Economic Forum (WEF) is a hugely influential global event. Although only 3,000 delegates are invited to the conference, 30,000 others are attracted to the Swiss resort of Davos every year to get involved in fringe activities. This takes it into the realms of the large-scale events showcased at Host City.

Take the first theme, “Healthy Futures”. A major objective of major sports events is for on-field performances to inspire people to be more active and improve public health. Major events can also have a catalytic effect on the healthcare sector – the standard of medical provision in Beijing improved as a result of hosting the Games in 2008, for example.

The next question of “How to Save the Planet” will be as complex for the delegates flying into Davos as it is for the owners, hosts and organisers of major sports, business and cultural events. Many areas of business and society are rapidly increasing their focus on sustainability, and major events are no exception. It will be fascinating to see how the world’s most powerful business and government leaders at WEF20 set out their approach to this challenge. Large scale event organisers must also play a greater role in the rapid transition that is so urgently needed to prevent runaway climate change and environmental degradation.

The third and related theme, “Better Business” focuses on how industries can “shift their time horizons, look beyond short-term profits, and transform themselves into sustainable and inclusive organisations.”

It’s not just businesses that struggle to take this long view. Democratic governments cannot be certain of any power beyond the typical 5-year electoral cycle. In contrast, the timelines of major event organisers are extremely long – 13 years from bid to delivery, in the case of Los Angeles 2028 – and the aim of the organizing committees is not to generate profit.

Major events can also be trailblazers for inclusion and equality – the 2021 Rugby League World Cup for example will be hosting women’s, disabled and men’s events concurrently for the first time. Perhaps global business leaders could learn something from such projects.

Next, WEF20 takes a look “Beyond Geopolitics”, promoting the power of cross-border cooperation to tackle big global challenges. International cooperation is crucial to the success of major events, from knowledge transfer initiatives between past and future hosts to new initiatives such as Paris 2024’s agreement to support the Dakar 2022 Youth Olympic Games.

And the prospect of multiple countries hosting major events is now becoming a reality. The 2026 World Cup takes place in USA, Canada and Mexico. The 2022 Commonwealth Games is primarily staged in Birmingham, UK, but India could host Shooting and Archery at the same time. While this possibility has arisen through sporting demands, could it pave the way for pan-global events that could help “save the planet” by localizing audiences?

Leaders at Davos will also be grappling with how to deploy and develop “Tech for Good”. Robotics, AI, IoT and Data (RAID) are converging to disrupt all industries – and sports and entertainment is no exception. At worst, such technologies pose an existential threat to humanity; at best, they are revolutionizing the way sports and entertainment are experienced. In a world of esports, virtual influencers and OTT media consumption, what does this mean for our traditional communities of rights holders, broadcasters, stars and fans?

Discussion about “Society and the Future of Work” at Davos will focus on the displacement and disruption of human labour by the Fourth Industrial Revolution, but also touches on the impact of technology on societies and communities. Sports and culture have a huge role to play in place-making and civic pride; it would be great to see this brought to the fore at WEF. The 15-hour working week envisioned by Keynes has not come to pass yet, but if it does, organized leisure will no doubt play an even greater role in what it means to be human.

Finally, delegates at Davos will visualise “Fairer Economies”. While they are not in a position to directly redistribute wealth, major events already play a massive role in rebalancing economies. The Games staged in East London, Glasgow and Birmingham – with some of the highest levels of deprivation in the UK – all bring a major local economic impact. The cities / capitals of culture Hull 2017 and Coventry 2021 inhabit similar socioeconomic spaces (look out for Bradford 2025!)

I’m not suggesting that major sports, business and cultural events have any greater power to change the world than the government and business leaders converging in Davos. But it is interesting to note how pertinent the WEF themes are to Host City, and vice versa. If we can build a dialogue between our sector and the wider world of business and government perhaps we can help build a better world together. Now – where’s my invitation?