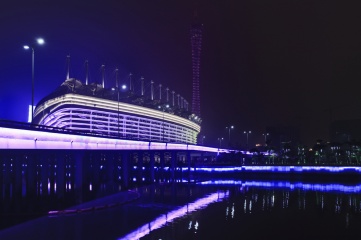 Olympic Council of Asia (OCA) president Sheikh Ahmad Al-Fahad Al-Sabah has revealed that Indonesia is set to be approved as the new host of the final Asian Games this decade following Vietnam’s decision to withdraw its staging rights for the multi-sport event.

Vietnam’s Prime Minister Nguyen Tan Dung announced in April that the country would withdraw from hosting the 2019 Asian Games, citing a lack of preparedness and concerns that the event would not be financially viable.

The Vietnamese capital of Hanoi was awarded the Games in November 2012 ahead of the Indonesian city of Surabaya. However, following a crisis meeting with officials, Dung confirmed that Vietnam would relinquish its hosting rights in order not to damage its reputation.

Vietnam’s decision has since opened up a bidding race for the Asian Games, with the 2014 edition due to commence in Incheon, Korea on Friday. Sheikh Ahmad said that the appointment of the Indonesian capital of Jakarta as the new host will be formally ratified at an OCA General Assembly meeting in Korea on Saturday.

“In less than one month, Indonesia was there ready to host it,” he told the Reuters news agency. “We have solved the issues with other cities and we have a good agreement (so) let’s leave it to Indonesia because it was the competitor to Vietnam at the last vote. So Indonesia has to have the priority to host.”

However, the 18th Asian Games will be brought forward a year to 2018 because the Indonesian presidential election will take place in 2019. The date change still has to be approved by the general assembly, but Sheikh Ahmad said he expected the following edition would be held in 2023 then every four years to avoid clashing with the winter Olympics and football’s Fifa World Cup.

“It was decided the Asian Games would move from 2014 and 2018, to 2014 and 2019 because it would be good preparation for the Olympics,” he said. “But because Indonesia will have a presidential election in 2019 the requirement was to host it in 2018, which we don’t mind... but we have to give it to the general assembly to approve.”