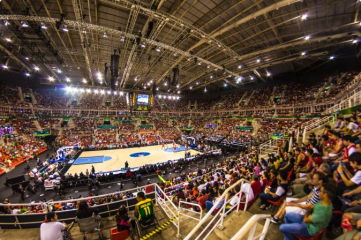 As concern over construction progress continues, the organisers of the 2016 Olympic Games have announced that a large proportion of venues are finished and ready to host events

With more than two years to go until the Rio 2016 Olympic Games begin, 38 per cent of the competition venues are ready for the event, the organsing committee has announced amid widespread concern over construction progress.

Of the 29 permanent venues, 11 are operational, while eight require some renovation work and the other 10 will form part of the sporting legacy that is being constructed in the city. Eight temporary venues will also be used to host competitions.

Construction progress can be seen in the four Rio 2016 competition zones. While work on the Barra Olympic Park advances, with the conclusion of the foundations of Olympic Halls 1, 2 and 3, the Olympic Golf Course site is being irrigated in order to allow grass planting to begin.

At Lagoa Rodrigo de Freitas, the venue for rowing and canoe sprint, depth studies have been completed, while at Flamengo Park, the design of the integrated route for the athletics, road cycling and paracycling courses has started.

“We are advancing in the construction of competition venues for the Rio 2016 Games, with all of the basic and executive projects concluded or in the conclusion phase, and with foundation works in full flow. Even though they may not be highly visible, the preparative groundwork and foundation construction, that occurs underground, are extremely important for the final structure and often account for 20 per cent of the total volume of construction,” said Alexandre Techima, the Rio 2016 Infrastructure Integration Director.

In Deodoro, the tender process for the Games’ second largest venue cluster is underway, with construction scheduled to start in the second half of the year. Three existing competition venues– the National Shooting Centre, National Equestrian Centre and Modern Pentathlon Aquatics Centre – will be renovated, four new venues will become part of the important sporting legacy the Games will leave to the city, and two temporary venues will also be installed. At the same time, the legendary Maracanã Stadium is ready to stage matches at the FIFA World Cup, which kicks off next month.

Rio 2016 has extended the deadline for suppliers interested in applying to participate in the project ‘C547 – Temporary Arena with Overlay’.