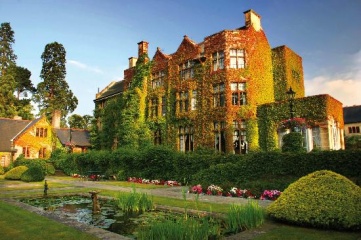 The facility at the prestigious Pennyhill Park Hotel in Surrey, UK is the official training base for the England Rugby Union senior team, who first used the facilities in the run up to the Rugby World Cup in 2003.

Pennyhill Park is located just 40 minutes from the national stadium at Twickenham. The squad is residing and training at the hotel before all international fixtures for the next four years.

The new pitch will use the SIS Rugger surfacing system that SIS Pitches installed at Allianz Park, home of Saracens Rugby Club in 2013. Other installations include Newcastle Falcons and Durham University.

The installation at Pennyhill includes the base layer, shockpad and surface and is due to commence in June 2014.

According to SIS Pitches, SIS Rugger has proven durability and long lasting playing characteristics even after intensive use, and is easier to maintain than traditional fibrillated surfaces.

“The contract was won despite keen interest from other suppliers and we are delighted to have been selected for this prestigious project,” said Steve Spaven, Director of Sales at SIS Pitches.