The chemistry behind the Rio 2016 Olympics - Host City News

Home
»
News
»
The chemistry behind the Rio 2016 Olympics 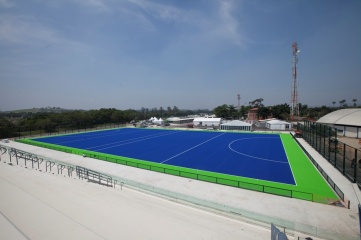 Dow, the Official Chemistry Company of the Olympic Games celebrates 60 years in Brazil, providing solutions and technologies for the Rio 2016 Olympic Games

As the world convenes in Brazil for the excitement of the Rio 2016 Olympic Games, The Dow Chemical Company (NYSE: Dow), the Official Chemistry Company of the Olympic Games and Official Carbon Partner of Rio 2016, is proud to provide innovative, science-based solutions for one of the most respected and prestigious global events. Celebrating 60 years of presence in the region, Dow is involved in more than 20 projects connected to the Games, spanning from field-of-play technologies to venue construction, transportation, city infrastructure, and carbon mitigation.

“With our knowledge and broad portfolio of solutions, Dow is demonstrating how science can power the world of sports,” said Louis A. Vega, Dow global vice president of Olympic & Sports Solutions. “Our technologies are present in all key competition clusters for the Rio 2016 Games, as well as the city’s extended infrastructure. As the Official Chemistry Company of the Olympic Games, we are able to address the needs of organizers, athletes, media and spectators in order to help make the Rio 2016 Games a success.”

With solutions incorporated throughout numerous Olympic venues, Dow is proud to mark 60 years of operation in Brazil and further expand its business in a highly strategic and important region.

Infrastructure solutions in and around Rio

“From infrastructure solutions to an innovative carbon mitigation program, we are excited to showcase our technologies in Brazil and share our successes with our customers and partners on a global stage,” said Fabian Gil, president of Dow Latin America. “Rio 2016 marks the 60th anniversary of Dow Brazil and also inaugurates a new chapter of meaningful collaborations and business success for the Company across the region.”

This article was contributed by Dow. For more information on their artificial turf at the Rio 2016 Olympic Games, visit www.dow.com/artificialturfsolutions/rio