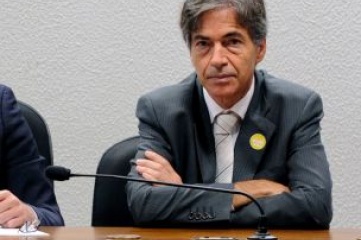 Sustainability is a relatively new concept to the FIFA World Cup, which has a significant impact on the environment, but last year’s tournament set new standards that will influence other future mega events, FIFA and Brazilian officials said on Tuesday.

“Sustainability is something quite new in the organisation of the FIFA World Cup,” FIFA secretary general Jérôme Valcke said at the launch of a sustainability report on the 2014 World Cup.

The deputy sports minister of Brazil, Luis Fernandes added “The FIFA World Cup stadiums in Brazil became a benchmark for the world because they have all pursued sustainability certificates.

“Based in this experience, a sustainability certificate has become a requirement by FIFA in the future editions of the World Cup. This is a legacy to Brazil for the world.”

“This has inevitably had an impact on both society and the environment in the host country,” said Federico Addiechi, FIFA's Head of Corporate Social Responsibility.

“To us, sustainability is about how we do things and trying to find a balance between the social, economic and environmental aspects. It is also about minimising risks associated with the event and reducing the negative impact of it, while maximizing the positive one.”

The 2014 World Cup in Brazil took place in 12 stadiums, seven of which were new and five of which were renovated. Eight of the stadiums integrated solar power in their designs.

Nonetheless, preparing for and hosting the 2014 FIFA World Cup is estimated to have produced 2,723,756 tonnes of CO2 equivalent.

“Brazil is a developing country and we identified that the opportunity to host the FIFA World Cup was a historical window to leverage investments in infrastructure and services, which our country needed and still needs,” said Fernandes.

“Brazil today is recognized as a country that, in spite of the scepticism, delivered the FIFA World Cup with excellence and today we have infrastructure that improved the lives of Brazilians.”

The venues were spread over all the major regions of the huge country. The 41,000 capacity Arena Amazonia, for instance, was built in the remote resort of Manaus. There is not a big footballing culture there and the only event since the World Cup to draw a capacity crowd was Boi, a local cultural festival.

“A challenge, but also an opportunity for clubs and cities to strengthen local football and offer a new entertainment option for the community beyond football matches.”

Despite the challenges of utilising this new infrastructure, FIFA is working in Brazil to continue building even more venues in more regions of the country through a US$100m legacy fund.

“Brazil is already a giant in football, but we still need to develop infrastructure and this will be done by FIFA and CBF through the Legacy Fund,” said Fernandes.

According to FIFA, the main areas to benefit from the fund will be football infrastructure in the states that did not host World Cup matches (60 per cent), grassroots (15 per cent) and women’s football (15 per cent).

“For the Legacy Fund, we agreed it should go to developing women's football, grassroots and to regions where there were no FIFA World Cup matches,” said Valcke.

“On women’s football, there is potential to do more in Brazil. We work together with CBF so they can establish a dedicated structure for female football through the legacy fund,” said FIFA Director of Member Associations and Development, Thierry Regenass.

“There should be good grassroots programmes. The idea is also to work in partnership with local government and other partners in order to publicise more women's football and make it sustainable.”

Valcke stressed that the awarding of contracts will be carefully monitored. “FIFA is supporting CBF in order to identify and make sure we are working in the right projects. We have a permanent audit system that monitors our member associations, certifying everything is under clear rules and regulations.

“Not a single pay will be made without FIFA having a look at the way it will be used and making sure we are part of the decision process.”