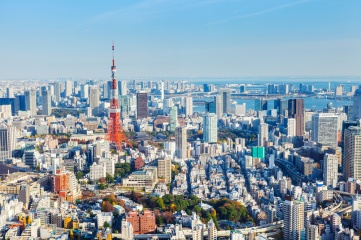 Arup will assist Tokyo's preparations for the 2020 Olympic Games

Design, planning and engineering consultancy group Arup has extended its ties to the Olympic Games by being appointed to aid Tokyo’s planning for the 2020 event.

Arup will provide advice for the Tokyo Metropolitan Government and the Tokyo Organising Committee of the Olympic and Paralympic Games to develop venues and infrastructure for the Games.

Arup’s service for the Tokyo Olympics includes masterplan review and advice for cross-sectorial specialty areas such as transport, security, sustainability and legacy. Jointly with partner consultant AECOM, Arup will also advise on the venue briefs and contribute to the strategy development for overall delivery of design and construction through the preparation stage to the legacy transformation.

“Arup is proud to have played a part in renewing Beijing and London in advance of the Olympics and is looking forward to continuing our contribution to the 2020 Tokyo Games,” Jerome Frost, the Arup director who was head of design and regeneration for the London Olympics, said.

“Through our experience in preparing cities for the Olympics and other international events, the firm has been responsible for much of the urban renewal of the host cities, ensuring the events serve as a catalyst for long-term investment and development.”

The partnership comes with construction work on Tokyo’s Olympic Stadium for the Games being delayed until mid-December at the earliest, according to the Japan Sport Council (JSC).

Under proposals, the city’s current National Stadium will be demolished for a $1.6bn (€1.2bn) 80,000-capacity facility to be built in its place. However, the demolition of the existing arena has faced a raft of delays in light of concerns over construction costs.

The JSC owns the current national stadium but plans have been put back once more due to complaints of irregularities in an earlier round of bids for the demolition project. A mid-December start date would be five months later than work on the stadium was originally slated to begin.

A Tokyo construction firm filed a complaint with the Government Procurement Review Board after a second round of bidding in the summer. The first round failed as all bids submitted were too high.

“There was a complaint about the process and it was recommended to us that we hold another round of bidding," a JSC official said, according to the Reuters news agency. “We accepted that suggestion.”

A JSC internal investigation has led it to reject claims by workers from the company in question that bids were opened before the final price was set and that a firm other than the lowest bidder secured the job. The Government Procurement Review Board ordered another round of bidding despite reporting no evidence of wrongdoing.

Education Minister Hakubun Shimomura, whose ministry is in charge of Games preparation, admitted to “basic mistakes” being made in the process last month.

He added: “This is extremely regrettable and we are taking it extremely seriously. We are recommending that another round of bidding be held.”

The JSC remains confident of meeting a contraction deadline for the new stadium to host matches when Japan stages the 2019 edition of the IRB Rugby World Cup.

Tokyo 2020 organisers are reviewing the locations of their current venue plans because of concerns over the rising costs of the Games.