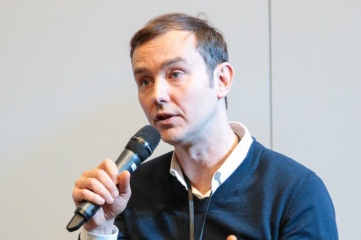 Host City: 2018 has been a big year for Aggreko powering major events, starting with the Winter Olympics in PyeongChang – what were the biggest challenges there?

David de Behr: As with any winter event we do, the weather conditions are always the biggest challenge – and with the magnitude of the Olympics, the volume of equipment, processes and people needed to execute promptly are key.

We faced extreme cold temperatures and winds while building up the temporary power services requested to run the Games smoothly in PyeongChang – and this required a lot of endurance from our equipment and a lot of energy from our specialist engineers.

We adapted to meet these challenges head on. We modified all our fuel tanks by adding heat elements, generators were equipped to run in the cold climate and the project team had to plan all operations very tightly to meet the client deadlines.

The endurance level of our people deserves to be recognised; they never lost sight of the objective and their dedication in the face of some incredible obstacles was key to our success.

Host City: Your next project in 2018 was the Commonwealth Games in the Gold Coast – how did this compare as a project for Aggreko?

David de Behr: The Gold Coast Games were special as they were not located within one city but held in a region. Australia has always been very special to Aggreko as it is one of our oldest markets and so it was fantastic to see the synergy between Aggreko Australia and our experienced Major Events team putting together this project.

We worked with a very experienced organising committee (GOLDOC), which had a very clear view on how they wanted to deliver the Games, and the partnership with our experienced project team meant we had a very fluent build up towards the Games.

Using our design program to give financial transparency throughout the contract was appreciated by the organising committee and the rest is history: great Games in a beautiful region with enthusiastic engagement from the public – a job well done!

Host City: The European Championships in Glasgow was a new format of event, combining multiple sports – what were your perceptions of this and how did Aggreko contribute to its success?

David de Behr: Glasgow is and always will be special to Aggreko – our roots and our manufacturing plant are located in Glasgow.

This new format of event coming to our town, and being able to harness a lot of the infrastructure from the 2014 Commonwealth Games, made it a perfect match for us.

We were very impressed by the enthusiasm around the Championships and strongly believe it will grow as an event in the future.

For our teams on the ground it was a pleasant return to the venues we powered in 2014. Working very closely with the organising committee, we were able to tailor and deliver the event within everyone’s expectations.

Host City: After all those multi-sports projects, you also powered the Ryder Cup in France – what are the requirements there?

David de Behr: The difference with the other 2018 events is that the Ryder Cup is a massive single venue event.

It forms part of our long-term relationship with the European Tour. The exciting part this time, unlike our previous involvement with Ryder Cups, was that the 2018 incarnation was held outside of the UK, near Paris.

150 lorries packed full of equipment were delivered to install all temporary power and HVAC systems on the massive site. It was project managed by an English-French Aggreko project team with the first members of our team on the ground in May.

The beauty of such golf tournaments is also the main challenge – the players and public can walk almost everywhere – and so planning and design are key to the success of the event for us.

The outcome was really impressive and the Ryder Cup week was one that many will not forget for a long time!