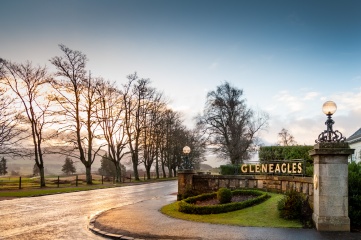 Gleneagles will host the 2014 Ryder Cup

The 2014 Ryder Cup will break new ground for technological innovation after organisers announced that high-tech wristbands will be offered to fans at the Gleneagles golf course.

The 2014 Ryder Cup will break new ground for technological innovation after organisers announced that high-tech wristbands will be offered to fans at the Gleneagles golf course.

The wristbands, which will be handed out with course tickets at the Perthshire venue in Scotland, will utilise Radio Frequency Identification (RFID) technology to allow spectators to access information, share experiences through social media and tap into fan-focused activities provided by the event’s commercial partners.

The RFID technology, embedded in the wristbands, will contain information about the wearer that can be uploaded to the tournament’s website when they register via a tablet or smartphone.

Ryder Cup Europe, which is operating the tournament, is also working with the Scottish government and mobile phone providers to provide ultra-fast 4G wireless connections across Gleneagles for the tournament between two teams representing the USA and Europe.

“As social media, smartphones and mobile internet have become a part of everyday life, the RFID technology seemed a natural choice to lift the event beyond the standard set previously.”
Serge Grimaux of Intellitix, the company behind the wristband technology, added: “Our RFID wristbands will mark the 2014 Ryder Cup out as something completely different to what has gone before in terms of interaction with spectators, media and indeed anyone visiting the course.

“The technology is totally secure and has been proven at a number of large scale events across the world.”

Some of the options available through the wristband include a ‘Walk the Course’ initiative, with prizes offered to spectators who check in at points around the course, and a simulated team competition with live scoreboards around the venue.

The wristbands, which will serve as a method of cashless payment at certain areas of the course, will also enable fans to show support for their team, offering a virtual ‘high five’ for the Europe or USA team.

The 2014 Ryder Cup, which will be supported by global power and temperature control specialist Aggreko, will take place from September 26-28.