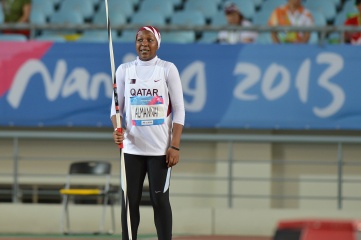 “The Convention always provides an excellent platform for the sporting community to discuss important issues and the QOC looks forward to strengthening existing associations and building new relationships as part of our commitment to international sports development.”

The Qatar Olympic Committee is the overall supervising body for all sports and events in Qatar. This includes supporting its National Federations in the development of their sports and the organisation of world-class events, promoting community participation and enjoyment of sport, and developing sport at every level.

Nis Hatt, Managing Director, SportAccord Convention said, “We are delighted to have Qatar Olympic Committee taking part in the SportAccord Convention. Their return, as a Silver Partner, reinforces the value seen by governing sports bodies and federations, and we are sure the QOC and all sports organisations will further benefit from the opportunities gained, as the Convention grows in stature to the World Sport & Business Summit.”

With a busy sports calendar both nationally and internationally for 2015, including the World Boxing Championships and IPC Athletics World Championships, which are both taking place in Doha in October, the Qatar Olympic Committee is also actively promoting opportunities for women in sport, and the Qatar Women’s Sport Committee was established in 2000 to encourage greater female sports participation.

At this year’s SportAccord Convention, the Conference Programme includes a Panel Session entitled: When Inequality IS the Legacy and will discuss the challenges that still exist for women and girls, even playing sport at all levels, in some parts of the world, as well as the legacy being left behind for girls starting out in sport today.