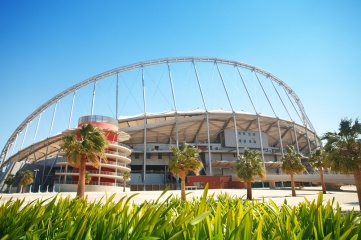 The Qatar 2022 Supreme Committee insists it is able to host the tournament at any time of year and the dates will be finalised on 24th Feb, despite AFC chief asserting a winter tournament

The uncertainty surrounding the timings of the 2022 World Cup is set to continue until 24th February and the country is able to host at any time of year, according to the Qatar 2022 Supreme Committee for Delivery and Legacy (SC).

The World Cup traditionally takes place during the northern hemisphere’s summer months, during which the European football leagues take a break.

The Asian Football Confederation (AFC) president Sheikh Salman bin Abraham Al Khalifa of Bahrain’s earlier this week asserted that the World Cup would take place in the winter, preferably November and December 2022, and that "the matter is resolved."

But Nasser Al-Khater, the executive director of communications and marketing at the Qatar 2022 SC is reported to have said a press conference at the Doha’s Aspire Zone: "Look, first and foremost we are confident of hosting the World Cup anytime of the year.

“It is also no secret that the peak tourism timing is November and December.”

Qatar’s summer months reach blistering heats of over 50 degrees centigrade and many observers have commented on the risks of hosting football matches in these conditions.

The SC says it has the cooling technology to overcome these challenges.

“We believe the methods and principles [of cooling] are a solution for many countries that will host the World Cup and other events in the future,” Al Khater said.

“Utilising this technology on such a large scale and having to think outside the box, we are really providing optimal climate conditions."

The SC also told press that Qatar’s venue infrastructure projects are on schedule, with five stadiums under construction and two more set for an imminent design launch.

Al Khater also faced questions about FIFA’s investigations into the manner in which Qatar was elected as World Cup host.

"It's important to highlight it's an investigation into the bidding process of 2018/2022, but also into individuals," he said.

"Everyone coins it as an investigation into Qatar, which is absolutely false and incorrect. We are happy with judge Eckert's conclusion. At times it was a bit harsh, but, you know this is a World Cup and you will always have criticism and negativity."