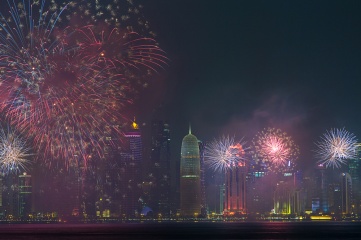 The final is due to take place on 18th December 2022, which is Qatar’s National Day. The length of the tournament will be finalised by a working group, but FIFA stated there is “the objective, in principle, of staging the tournament in 28 days”.

The decision was welcomed by the organisers of the tournament, the Supreme Committee for Delivery & Legacy.

“We welcome the decision of FIFA's Executive Committee in relation to the timing of the 2022 World Cup in Qatar. We are satisfied the process has reached its conclusion,” it said in a statement.

“Regardless of the change in dates, we will continue to develop the cooling technology promised during the bid, ensuring our commitment to deliver a true legacy as a result of the first World Cup in the Middle East remains."

The daily average maximum temperature in November is around 30 degrees Celsius.

The timings of the event mean that British teams will be able to play their traditional boxing day fixtures.

The prospect of a winter world cup has been fiercely challenged by the European football clubs and administrators.

However, Luis Figo of Portugal, who is running for the presidency of FIFA, stated his support for the decision.

“A decision on the hosts and dates of the World Cup has to be as consensual as possible, after consulting all the interested persons and organizations and having in mind above all the health of the players, officials and, of course, the supporters,” he said.

“I also think that people of Qatar deserve respect and now that there is a decision I hope they will have the time to concentrate in delivering a good World Cup.”