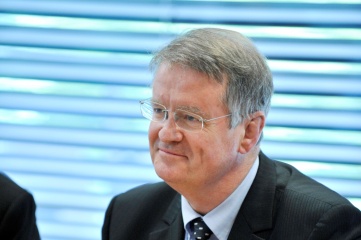 Bernard Lapasset, chairman of World Rugby and vice chairman of the French National Olympic Committee, tells HOST CITY about the values that are driving rugby across the world

HOST CITY: You played a pivotal role in bringing Rugby Sevens into the Olympic Programme. How important was your role on the NOC in achieving this? What challenges did you face and how were they overcome?

Bernard Lapasset: Our successful bid was founded on a strong desire for the rugby family to be reunited with the Olympic family. We wanted to be a part of the Olympic Games because we share the same values as the Olympic movement and we felt that we had an exciting and compelling proposition for the Olympic Games with Rugby Sevens.

We also believed in the great opportunity that Olympic Games inclusion would provide our sport – an opportunity that we are now very much realising s we reach out, engage and grow in new markets. Our successful bid was based on the merits of an exciting, youthful and dynamic sport and a family united behind the bid, rather than the influence of any individual. Excitement is growing and we have no doubt Rugby Sevens at Rio 2016 will be a spectacular and memorable event.

HOST CITY: You also played a central role in bringing the 2007 Rugby World Cup to France. Do you have any advice for countries contemplating bidding for World Rugby events?

Bernard Lapasset: Rugby World Cup is one of the world’s most prestigious and popular major sports events and a major driving force behind the development and prosperity of Rugby worldwide. As a low-risk, high-return event, Rugby World Cup is an attractive proposition for prospective host nations.

It delivers multiple economic, tourism and social benefits, while using existing infrastructure. We are yet to formally launch the Rugby World Cup 2023 tender process, but we are already seeing great interest from nations who want to host the event, which underscores the strength of the Rugby World Cup brand in the global marketplace. We are also seeing great hosting interest in our major men’s and women’s Rugby Sevens properties and are looking forward to new host locations being introduced to our own record-breaking World Series in 2015/16.

In terms of specific advice, Rugby is a sport of teamwork and across all World Rugby events partnership in delivery is key. A strong partnership between government, the host union and World Rugby is vital to successful delivery.  I would also say, plan early, the legacy opportunity begins the moment the rights are awarded and delivering sustainable growth is central to maximising the hosting opportunity.

HOST CITY: England and Japan are very different hosts, for 2015 and 2019. What do you expect these host nations to bring to the sport?

Bernard Lapasset: Both events provide us with exciting opportunities to cement Rugby as a major global sport, but for very different reasons. England 2015 will be a box-office hit, a record-breaker in terms of attendance, viewership, engagement and commercial income. It will be the financial driving force behind our ambition to reach participation levels of over 9 million in the next five years. Japan 2019 will underscore our commitment to grow rugby outside of its traditional heartlands, it will, and already is, opening opportunities in Asia to inspire participation and attract new audiences and partners.

HOST CITY: How significant is the rebrand of IRB to World Rugby in terms of the globalisation of the sport?

Bernard Lapasset: The name change and rebrand reflects our clear mission to grow the global family and is a statement of intent that we are not just an organisation that regulates and funds the sport, but one that also inspires and is inclusive. Through this rebrand we have been able to build a stronger connection with existing audiences – those who know and love the sport – while also reaching out, attracting and engaging new audiences worldwide.

The rebrand included a new digital and social media approach and what we are seeing is an appetite from fans to engage with us in a different way – they feel part of World Rugby and they want to be a part of our journey. That is really exciting.

HOST CITY: Major sports federations are under intense scrutiny from the media. How important are integrity and fair play in upholding the value of a sport, and how do you see this being achieved in World Rugby?

Bernard Lapasset: We are a sport that is centred around character-building values – values of respect, integrity, discipline, passion and solidarity. Whether it is attracting new young players to the sport, respect for the referee and your opponents or maintaining a level playing field through robust anti-doping and anti-corruption education, everything that we do is geared towards educating the next generation on our unique values and how to live, promote and preserve them.