Glasgow looks ahead after “best ever” Games - Host City News

Home
»
News
»
Glasgow looks ahead after “best ever” Games 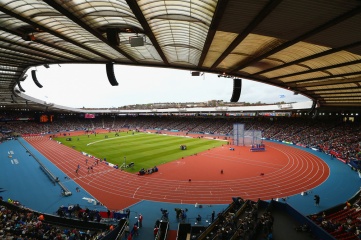 According to Glasgow 2014, 96% of tickets for the Games were sold and a 91% satisfaction rate was recorded from Games spectators who watched on as 142 Commonwealth records and nine world records were broken over 261 events in 18 sports.

A number of the athletes who took part in the Games have also praised the event. Talking to HOST CITY at Ibrox stadium, Trinidad and Tobago rugby sevens star David Gokool said: “Glasgow is like my home now, I’m comfortable, everything is fine and I love the people. Everything is comfortable, I can’t complain at all.”

Gokool also praised the high turnout at the rugby sevens tournament and the atmosphere inside Ibrox stadium, saying: “I’m very happy to be playing in front of such a loud crowd, it’s a big thing for me. I love the crowd, they make me feel energised.”

Commonwealth Games Scotland Chairman, Michael Cavanagh, praised the way in which the Organising Committee was able to fill every venue whilst Glasgow 2014 Chief Executive, David Grevemberg, said: “The Glasgow 2014 Commonwealth Games has made history as the best Commonwealth Games ever, setting a new Gold Standard for the Commonwealth sports movement, new benchmarks for event delivery and receiving universal accolades for a proud Host City and its people for the joyous enthusiasm with which they embraced athletes and visitors during Scotland’s biggest-ever sporting and cultural festival.”

Now the Games has come to close organisers will be focusing on the legacy of the Games. “The Games may be over, but the story of the Games most certainly is not,” said Cabinet Secretary for Commonwealth Games and Sport Shona. “We must continue to work to ensure that a lasting legacy is created from the Games and is something all of Scotland benefits from.”