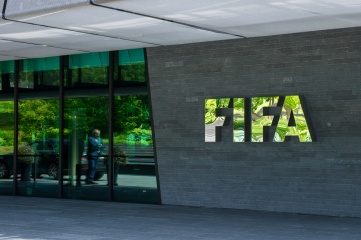 François Carrard, former IOC director general and coordinator of the IOC 2000 Reform Commission is to chair the 2016 FIFA Reform Committee

As an independent chairman, Carrard will oversee FIFA’s process of reform that has been initiated in response to investigations into corruption.

As Director General of the International Olympic Committee, Dr Carrard guided the IOC through its own governance reforms in the wake of the bidding process for the Salt Lake City Winter Olympics in 2002. An internationally renowned Swiss lawyer, Dr Carrard brings specific experience of the challenges faced by global sports organisations such as FIFA.

“It is vital for the future of global football to restore the integrity and reputation of its governing body,” Carrard said.

Carrard was appointed after consultation with the six football confederations, each of which have appointed two representatives to the 2016 FIFA Reform Committee.

FIFA President Blatter said: “We believe Dr Carrard is the right person to drive this reform process forward as an independent chairman with a proven track record in governance reforms. We are confident that he can help FIFA to strengthen its governance structures in a credible and meaningful way. FIFA’s commercial partners will also play a key role in the reforms, and we will be discussing with them the most productive way to include their views.”

The 2016 Reform Committee will present its comprehensive proposals to the FIFA Congress in February.