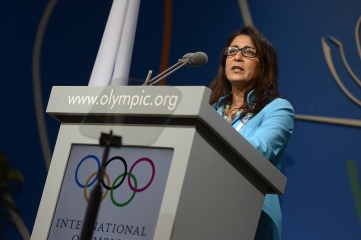 Major delays to Rio 2016 Olympic Games projects leave no room for further hold-ups, while responsibilities and funding for projects must be clarified to avoid problems in delivering the Games, the IOC said on Friday.

The Organising Committee president Carlos Nuzman admitted there is “not a minute to lose”.

At the conclusion of the IOC’s Coordination Commission visit, chair Nawal El Moutawakel said “The Rio 2016 Olympic Games have a great potential for being a very exciting event which leaves many legacies. But although progress is being made, each decision that is postponed and each subsequent delay will have a negative impact on delivery – total focus and dedication are therefore required.”

In a strongly-worded public statement, the IOC said “Every second counts… The delivery timelines of some of the venues for test events and the Games have faced delays and now leave no margin for any further slippages.”

Nuzman said “We enter this crucial phase of our journey without a minute to lose, and certain that our partners in government share this vision”.

Rounding up a full day of site visits to the Barra and Deodoro clusters, the Coordination Commission made it clear that decisive action is required to avoid setbacks, saying “A number of important decisions remain to be made.”

A crucial meeting between the federal authorities and key Games stakeholders has been called on 27th March in the Brazilian capital, Brasilia, where “it is expected that the responsibilities for each Games related project will be clarified along with the associated funding in order to avoid further significant delays in the delivery of the project.”

The Coordination Commission did, however, acknowledge that the organising committee has made progress in a number of areas since its last visit in September 2013 and IOC President Bach’s visit in February 2014.

The overall venue masterplan has been finalised, the event’s “lifetime budget” has been validated and federal government efforts have been integrated under President Rousseff’s Chief of Staff, Aloizio Mercadante.

The commission also commended city authorities for rapid progress since taking over responsibility for the second Olympic Park in Deodoro, where construction work has yet to begin.

During its three day tour, the commission received updates from the organisers and their partners in areas such as athletes and National Olympic Committees (NOC) services, sport and international federations’ services, venues and infrastructure, accommodation, media operations, spectators, ticketing, transport, test events, marketing, and the Paralympic Games.

The IOC visit overlapped with a tour of World Cup venues by FIFA officials, who are currently in Brazil. Many 2014 World Cup projects are behind schedule.

The coordination commission’s next visit to Rio de Janeiro takes place in September 2014.