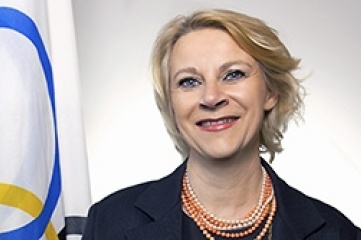 The International Anti-Corruption Summit, hosted by UK Prime Minister Cameron on Thursday in London, welcomed the efforts of sports organisations in the fight against corruption.

The conference issued a communiqué that said: “We welcome the work of the international sports organisations to strengthen openness and improve governance so that they meet global best practice. We urge them to achieve the highest global standards and regain public trust through a culture of good governance. We recognise the autonomy of international sports organisations conferred under national laws. We believe this must be exercised responsibly and be earned by continually demonstrating good governance in a spirit of openness.”

IOC President Thomas Bach said: “We appreciate that this summit has acknowledged the efforts of the IOC and sports organisations. The IOC has all the instruments in place and the resolution to fight effectively against corruption. But like any other organisation we are not immune to wrongdoing. In such cases we have a proven record of swift action. The reforms of Olympic Agenda 2020 have strengthened our position to implement our zero tolerance policy in this respect. As welcomed by the Summit, we will take the fight against corruption further by launching the International Sports Integrity Partnership.”

The Summit coincided with confirmation from French financial prosecutors that they are investigating allegations that payments exceeding $2m connected to the Tokyo 2020 Olympic bid were made to a bank account linked to the son of former IOC member and IAAF President Lamine Diack.

IOC Chief Ethics and Compliance Officer Paquerette Girard-Zappelli spoke at the conference. In an IOC-issued statement she said: “We used this opportunity to present all the measures undertaken by the IOC in the fight against corruption.

“Through Olympic Agenda 2020 the position of the IOC Ethics Commission has been strengthened and transparency has been increased. This includes a Consultants Register for the Olympic Games Bid Process and many other measures.

“We have proven that we are actively fighting against corruption. For instance, the IOC took immediate action against Lamine Diack already in November 2015 when the first allegation arose against him. As a result of our action he no longer has any position in the IOC. Nevertheless, we continue to actively look into the matter and have become a civil party to the French investigation.”

IOC Member and President of the International Paralympic Committee Sir Philip Craven chaired a panel on sport at the summit. Girard-Zappelli was joined on the panel by Angel Gurria, Secretary-General of the OECD, Jaimie Fuller of Australian sportwear brand SKINS, and Isha Johansen, president of the Sierra Leone Football Association and FIFA board member.

“I have a mission and a vision, to force good governance into football. Because I believe it can help with the growth and prosperity of that nation,” said Johansen.

“Corruption is a deadly killer disease. Having lived in Sierra Leone through the ebola crisis, I know the destruction a disease can cause in a society, it can rip through it, it can kill a society.”

After the summit, Sir Philip Craven said: “Sport is under greater scrutiny than ever before and rightly so; sport is a multi-billion Euro industry that reaches and impacts billions of people around the world on a daily basis.

“There are absolutely no doubts that recent scandals involving some international sport federations have greatly tarnished the image and reputation of sport. This has led sport to quickly realise that it is not immune from being accountable for its actions, just like any other industry.

“It should not take a high profile scandal however to act as the catalyst to organisational reform. Sport organisations must be proactive in improving their athlete centred governance. They must seek out corruption and deal with it swiftly and effectively. It cannot be brushed under the carpet in the hope it will go undiscovered.

“Eliminating corruption in sport needs to be a real team effort. That is why the IPC fully supports the work of the IOC, the reforms of Olympic Agenda 2020, the launching of International Sports Integrity Partnership in early 2017 and the recommendations of the Association of Summer Olympic International Federations (ASOIF) Governance Task Force.”

The conference also dealt with issues such as corporate secrecy, government transparency, the enforcement of international anti-corruption laws, and the strengthening of international institutions.

The summit adopted a “Global Declaration Against Corruption”, which reads: “Corruption is at the heart of so many of the world’s problems. We must overcome it if our efforts to end poverty, promote prosperity and defeat terrorism and extremism are to succeed.

“Today’s Summit has demonstrated the deep commitment of a significant number of countries, businesses and members of civil society to work together to tackle this scourge.”