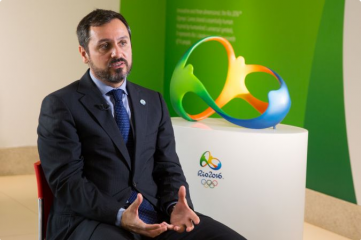 In the fight against terrorism, border reinforcement and international cooperation are key measures being taken to ensure a safe event

The challenges for guaranteeing safety at the Rio 2016 Olympic and Paralympic Games, the biggest sporting event on the planet, are plentiful, with around 15,000 athletes representing 206 countries and the majority of action concentrated in just one city.

However, certain aspects receive special attention from the Brazilian Federal Government, as revealed by Andrei Rodrigues, special safety secretary at the Ministry for Justice for major events.

“We have implemented the Integrated Anti-Terrorism Centre, a specific body of police, law enforcement and intelligence, to increase the exchange of information, training and knowledge,” he told rio2016.com. “Police from several countries are working with us, mutual cooperation between countries is vital.”

In 2015, Brazil sent around 100 police officers abroad to learn about the best practices at large international events, including the Boston and Berlin marathons, the IAAF World Athletics Championships in Beijing, the Baku 2015 European Games, the Tour de France and the UN General Assembly.

“We’re going to bring 10,000 officers from the National Force to Rio. And we’ll have almost 5,000 federal police officers from other parts of Brazil,” he said.

Rodrigues is in charge of a body of over 47,000 Brazilian security professionals who will work intensely during August and September. Added to this will be 38,000 members of the armed services, meaning the security operations around the Rio 2016 Games will be the largest in Brazilian history. Thus, Rodrigues maintains full confidence in Rio de Janeiro remaining free from terrorist attacks.

“Brazil is prepared. We have hosted a series of events which have not taken place in any other place, which has allowed us to advance and progress with each step taken”

The vision of the Brazilian Government also involves efforts to make Rio de Janeiro safer as a whole, not only the areas surrounding the Olympic venues. “We cannot think about staging the Games if the city as a whole isn’t safe,” said Rodrigues. “A very large effort is underway to maintain safety on a daily basis.”

With attention focused on Rio de Janeiro, the government promises to be attentive to security in other cities and regions (and not only the football co-host cities).

“There will probably be an increase in tourism in other places. The Games will signify reinforcement in security, wherever that may be,” Rodrigues said.