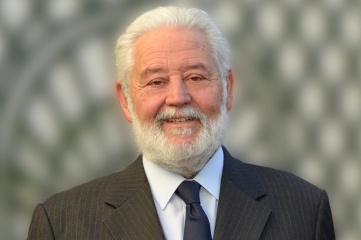 In an exclusive interview with HOST CITY, Vincente Loscertales, secretary general of the Bureau International des Exposition (BIE) gives insights into the requirements for hosting a World Expo

The geographical location of the city and the sustainability of the project will be among the decisive factors, according to Vincente Loscertales, secretary general of the Bureau International des Expositions (BIE).

Speaking to HOST CITY about why Dubai was awarded the right to host World Expo 2020, Loscertales said “The policy of the organisation is to move Expos to new regions and particular regions which are the link between continents, between other regions.”

Traditionally, World Expos have either taken place in Western Europe, North America or Japan. However, in recent years, as with many major global events, the trend has been towards moving Expos to pastures new such as the Far East – in the case of Shanghai 2010 – and most recently, the Middle East.

Expo 2017 was awarded to the Kazak capital Astana whilst Expo 2020 will take place in the emirate of Dubai. “Moving the Expo to the Middle East is to take the Expo to a hub; to a place that is a link in trade, transport and financial systems between continents. From this point of view, Dubai is an excellent showcase,” said Loscertales.

“In the case of Dubai, it’s to bring it to a region which is sometimes better known because of conflict, and to show how an Expo in this area will contribute to a better knowledge of the whole region. It is the first time an Expo will take place in an Arabic, Muslim country.”

A whole range of cities from both East and West, are lining up to be considered for the 2025 World Expo. Whilst there are possible bids from Chinese, Russian and Iranian cities, the Expo’s founding fathers London and Paris are also in the mix.

“We are also in talks with some American cities – Houston and San Francisco. We have also received news from Azerbaijan that they would like to host an Expo in Baku in 2025.”

With the cost of bidding for a World Expo running to as much as US$ 100m, the BIE is keen to make sure that interested cities proceed with their eyes open. Before a city formally bids to host a World Expo, the requirements of hosting the event are explained in a preliminary conversation with the BIE – what Loscertales describes as a “pre-dialogue”.

The result should be a handful of strong candidates. “I anticipate that we will consolidate three to five bids from all the applications,” says Loscertales.

Sustainability must be at the core of both the theme and the planned delivery of an Expo bid. “The duty of our organisation when we evaluate an Expo project is first of all to see how this Expo project is integrated with the environment.”

Loscertales also discussed the progress of Expo 2015 in Milan, which has been hit by construction delays and police investigations into alleged corruption in the awarding of contracts.

“The political environment is complicated,” said Loscertales. “We have to be optimistic and I am convinced that in May we are going to open the gates of a very beautiful exhibition in Milan.”