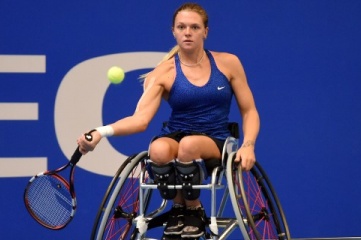 British athletes will have had 950,000 hours of support from the English Institute of Sport by Rio 2016, as Team GB targets a best ever away Games

The English Institute of Sport, funded by UK Sport, will have provided 950,000 hours of support to more than 1,100 athletes between the London 2012 and Rio 2016 Olympic and Paralympic Games.

This amounts to more than 4,500 hours of support a week over the four year Olympic cycle, in a bid to help Team GB achieve success at the Olympic and Paralympic Games in Brazil.

UK Sport provided EIS with GB£59,775,973 of funding after London 2012, where the EIS had worked with 86 per cent of the GB athletes who had won a medal. UK Sport and the EIS have worked together to build a world-leading high performance system in a bid to deliver Team GB’s best ever away performance.

“With less than 100 days to go to the Olympics and 120 to go to the Paralympics, our National Lottery funded sports and athletes are in good shape,” said Liz Nicholl, CEO of UK Sport.

“I have every confidence that they, supported by the EIS, will inspire the nation with their performances in Rio this summer.

“The thousands of hours of world class scientific, medical and technological expertise provided by the EIS each week to our Olympic and Paralympic athletes is key to ensuring they are the best prepared British athletes ever.

“The EIS has been the ‘team behind the team’ since 2002, and our high performance system wouldn’t be where it is today without the impact of their talented team of experts.”

This support combines to help athletes and coaches across a number of areas including maximising competition performance, recovering from injury, identifying talent, enhancing physical and mental health and wellbeing and transitioning into new careers following retirement from elite sport.

“It is the vision of the EIS to be the world leading institute for sport and through the funding and support provided by UK Sport, our ambitious goal is within reach,” said Nigel Walker, National Director of the EIS.

“The high performance system we have in our country is the envy of many around the world and that is underpinned by our leading practitioners boasting over 1,100 years collective experience across 11 areas of expertise.

“We remain on track for huge success at Rio 2016 and thanks to ongoing support from UK Sport, the Government and National Lottery, planning for Tokyo 2020 is well advanced as we continue to showcase ‘What It Takes To Win’ on a global stage.”

Olympic diving medallist Tom Daley received support from the EIS Psychology team. “If you can handle the pressure cooker environment of an Olympic final psychologically, you have the power to go all the way and win!” he said. “The support I’ve received from the EIS in sports psychology has made me into the diver I am today.”

Paralympic wheelchair tennis medallist Jordanne Whiley MBE said: “The EIS leave no stone unturned when it comes to helping athletes prepare for competition. The support they provide both on and off the field of play helps increase confidence and allows me to perform at my very best.”