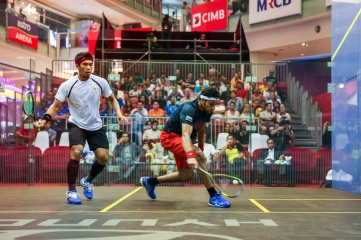 Climbing, surfing and roller sports are among eight sports left in contention to feature in the Tokyo 2020 Olympic Games.

The organising committee will propose one or more of events proposed by these eight federations. The primary selection criteria are that the additional events must “serve as a driving force to promote the Olympic Movement and its values, with a focus on youth appeal” and “add value to the Games by engaging the Japanese population and new audiences worldwide, reflecting the Tokyo 2020 Games vision.”

In the next phase of the process, the shortlisted federations are invited to submit further details by 22 July 2015. The organising committee will interview the federations in Tokyo on 7-8 August 2015 before make a decision on which event(s) to propose to the IOC in September 2015.

Since the IOC’s approval of Olympic Agenda 2020 last December, hosts of the Games are able to propose one or more events to add to the IOC’s sports programme.

The final decision will be made at the 129th IOC Session in Rio in August 2016.