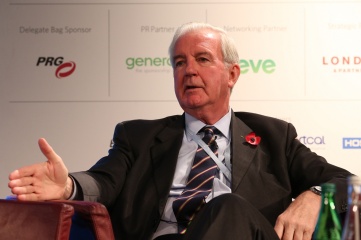 HOST CITY Bid to Win, the inaugural event organised by the leading magazine for hosting major events, is attracting the highest calibre of speakers.

Sir Craig Reedie, Vice President of the International Olympic Committee (IOC) has confirmed that he will deliver the keynote address to the conference, on the subject of “Why Should Cities Bid for Events?”

The subject is highly topical as the conference takes place a few weeks before the IOC is set to announce the recommendations of its Olympic Agenda 2020 working groups, the foremost of which is a review of bidding procedure to boost the appeal of the Games.

After his keynote address, Sir Craig Reedie will be joined by Hasan Arat, a member of the Agenda 2020 working group on bidding procedure, on a panel discussion entitled “Olympic Agenda 2020: The Bidding Process Under Review”.

While the possible outcomes of Olympic Agenda 2020 will not be revealed until after the Extraordinary IOC Session on December 8th in Monte Carlo, the panel discussion at Bid To Win will address many of the concerns under review, focusing on the recommendations of four European NOCs.

This will be followed by an exclusive update from Rio 2016 on progress in the Olympic host city. The panel sessions that follow address the key concerns of cities and rights holders of sports, business and cultural events.

“The momentum around Bid to Win has built up so quickly and we are thrilled to have such a distinguished array of speakers confirmed at this stage,” said Ben Avison, Editorial Director of HOST CITY and Chairman of Bid to Win. “The beautiful St James’ Court Taj Hotel will be the perfect venue for the occasion.”

HOST CITY Bid To Win conference takes place on Tuesday 28th October, with a drinks and buffet reception on the evening of Monday 27th October. To REGISTER visit www.bidtowin-hostcity.net