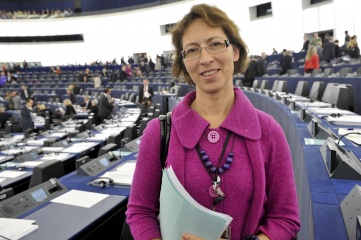 Four women and four men from sports, business, entertainment and politics have been elected to join the IOC membership

At the 129th IOC Session on the eve of the 2016 Olympic Games, eight new members were elected to the International Olympic Committee by its current membership.
The new members, recommended by the IOC Executive Board on the advice of the IOC Members Election Commission, are highly diverse, representing business, politics and sports administration.
Nita Ambani, chair of the Reliance Foundation and owner of the Mumbai Indians cricket team, became the first Indian woman IOC member.
Finland also gained its first woman IOC member in the politician and former race walking champion Sari Essayah.
South African film producer Anant Singh and Colombia's former ambassador to the U.S Luis Moreno were also elected to the IOC.
Three National Olympic Committee (NOC) leaders were elected, with Austria Olympic committee chief Karl Stoss, Canadian Olympic committee president Tricia Smith and Secretary General of the Papua New Guinea Olympic Committee Auvita Rapilla all taking up membership.
Ivo Ferriani, the Italian president of the International Bobsleigh & Skeleton Federation, was the only representative of an International Federation (IF) elected as a new member. Up to 15 NOCs and 15 IFs can be represented within the IOC membership.
The election brings the total membership to 98. IOC members vote on host cities of future Olympic Games and sports to be included in the Games, as well as providing direction for the Olympic Movement.
As part of the “Agenda 2020” programme of reform of the Olympic Movement initiated by Thomas Bach and approved by IOC members in 2014, the IOC is taking a fresh approach to bringing new members on board, to “move from an application to a targeted recruitment process”.
The IOC Members Election Commission is taking a more proactive role in identifying the right candidates to filling vacancies in order to best fulfil the mission of the IOC.
Under the new procedure, the profile of candidates must now comply with a set of criteria submitted by the Commission to the IOC Executive Board for approval.
These criteria relate to the IOC’s needs, which it identifies as including: “skills and knowledge (e.g. medical expertise, sociological expertise, cultural expertise, political expertise, business expertise, legal expertise, sports management expertise, etc.); geographic balance, as well as a maximum number of representatives from the same country” and “gender balance”.
Agenda 2020 also highlights “the existence of an athletes’ commission within the organisation for representatives of IFs/NOCs.”
The IOC Members Election Commission is chaired by Princess Anne of Great Britain, herself an IOC member. According to Reuters, she identified Moreno, Singh and Ambani as “candidates outside the Olympic and sport community who could usher in a fresh approach and new skills to the organisation”.