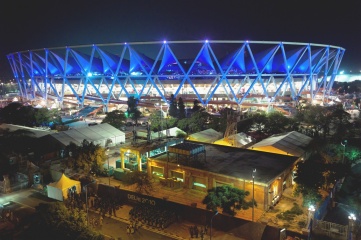 The Olympic Council of Asia tells the Indian Olympic Association that it would welcome a late application to host the 2019 Asian Games, as long as it arrives within the next two days

The Indian Olympic Association (IOA)’s request for a 15-day extension to Tuesday’s deadline for bidding for the Asian Games has been refused.

The Olympic Council of Asia (OCA) has instead told the IOA that they have a “couple of days” to submit the bid documents required for New Delhi to be considered to host the Asian Games in 2019.

Hanoi was originally selected as the host of the 2019 Asian Games at an OCA meeting in Macau in November 2012. However, the Vietnamese government withdrew Hanoi from hosting the event, leaving the OCA seeking a replacement.

The deadline for applying for candidacy for the Games was set as 1 July 2014. The IOA wrote to the OCA requesting a 15-day extension on this deadline, a request that was refused in a letter replying to the IOA.

“I regret to inform you that due to the extreme shortage of time, it is impossible for the OCA to extend the deadline any further,” said OCA Director General Husain Al Musallam in a letter to IOA Secretary General Rajeev Mehta.

“Within this two month period we need to establish the evaluation team that will visit the bidding cities and submit its report to the OCA Executive Board on 19th September.

"However, if you are able to still submit the guarantees within the next couple of days, OCA is willing to consider IOA's bid very positively."

Gaining the necessary approval from the various government ministries involved in such a short space of time will be a major challenge for India.

The Indonesian city of Surabaya, which lost out to Hanoi in the original bidding process, is no longer a candidate as it is hosting the 2021 Asian Youth Games.

However, a bid from another Indonesian city is considered mostly likely to win the race to host the 2019 Asian Games. On a visit to Jakarta in May, the OCA’s honorary life vice-president Wei Jizhong said "I don't think other competitors can offer better conditions than Indonesia for the time being."

Singapore, Malaysia and possibly Qatar are also said to have expressed interest in hosting the 2019 Asian Games.