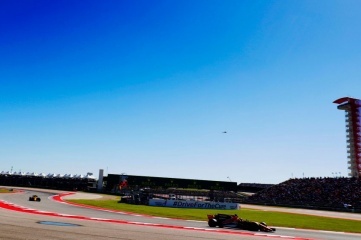 As it approaches its 1,000th race, Formula 1 highlights the economic and social impacts that the event brings to the host

As the 2018 season draws to a close, the focus is already shifting toward improvements for the 2019 season. Since Liberty Media acquired Formula 1 in January 2017, the long-term vision has been clear: to unleash the greatest racing spectacle on the planet.

Formula 1 is in constant perpetual motion of creating, sustaining and retaining major global sporting events, with 21 different host countries across five continents vying to create the most unique race weekend experience for fans.

With a yearly cumulative TV audience of 1.8 billion people, Formula 1 has 506 million global fans and an average race attendance of 200,000 people, creating multiple layers of cultural and economic benefits for a host city. Whilst complimenting the local and national tourism strategy, other benefits include global visibility, positive economic uplift, contributions toward tourism and job creation.

Hosting a Formula 1 race boosts the economy of a host city and country by stimulating consumer spending and creating new opportunities in the secondary and tertiary sectors of the economy.

The Formula 1 United States Grand Prix held at The Circuit of the Americas (COTA) has contributed substantially toward the local economy, with total economic impact to the Austin Metro area between 2012 and 2015 valued at $2.8bn.

Similarly, a recent study by PriceWaterhouseCoopers found that the Azerbaijan Grand Prix in Baku created $277.3m of increased economic value in 2016 and 2017.

With live broadcast to over 200 territories worldwide, Formula 1 excites fans and creates over 635 hours of broadcast footage. A host city is positively positioned in front of a global audience, showcasing them as a destination for major sporting and entertainment events.

Through destination branding, the Mexican Grand Prix has generated over $5.5bn MXN global media exposure and $885m MXN of media value of the Mexico logo.

With over 200,000 attendees per race and on average 53 per cent coming from abroad, hosting a Formula 1 race induces tourism and opens up a city to new audiences. Mexico City experienced a 12 per cent increase in hotel occupancy in 4 and 5 star hotels during the Grand Prix and on average the weekend spend per guest is £1,600 (excluding tickets). Since their first Grand Prix in 2008, Singapore has hosted more than 450,000 international visitors, who have contributed around $1.4 billion in incremental tourism receipts.

Returning year after year, Formula 1 increases both annual and seasonal employment, whilst creating new jobs across a number of industries. When the Grand Prix heads to Montreal an additional 640 jobs in the Quebec region are created and COTA’s annual activities and operations combined to support 9,100 jobs in the Austin region representing $306 million in annual payroll for Austin-area workers.

Formula 1 is a sport with unique heritage and a proven track record of creating economic benefit and we are excited to be hosting our 1,000th race next year.

Chloe Targett-Adams, Global Director of Promoters and Business Relations at Formula 1 is speaking at Host City 2018 in Glasgow on 20-21 November