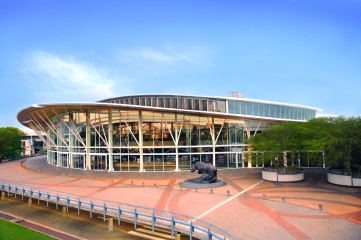 Business events in Africa are poised to grow at ever faster rates, according to the Minister of Tourism for South Africa

The next decade is set to bring increasingly rapid growth for the meetings, incentives, congresses and exhibitions (MICE) industry in Africa as the continent achieves higher economic growth, according to Derek Hanekom, Minister of Tourism for South Africa.

“The potential of Africa for the MICE industry is exponential,” Hanekom told delegates at ibtm world in Barcelona.

“The tide has turned, we can see that our growth opportunities are now also within the African market. There are 770 registered African Associations on the ICCA database. 178 of these are based in South Africa and 592 on the rest of the continent and 218 regional conferences were registered on the continent in 2014 resulting in 610 events over the last five years. South Africa only hosted 63 of these events in the past 5 years,” said Minister Hanekom.

South Africa hosted 124 international association conferences in 2014, which attracted just below 70,000 industry professionals. Of these 124 conferences, 81% were international rotating events.

Since its inception three years ago, the South Africa National Convention Bureau (SANCB) has successfully bid for 163 business events between 2016 and 2020, which are expected to bring over 150,000 delegates to South Africa and contribute approximately R3.1billion to the economy.

“South Africa offer the business events industry excellent value for money, deliver authentic, memorable and enriching experiences in one of the most captivating, safest and beautiful countries that I am proud to call my home,” said Hanekom.

It was also announced that the European Cities Marketing (ECM) programme has extended its reach to South Africa, hosting an ECM Academy in South Africa just before the 2016 edition of Meetings Africa.

“We are really thrilled to have our first ECM Academy organised in South Africa,” said ECM President Ignasi de Delàs at ibtm world.

“It’s a new landmark in ECM development to host the derived version of our successful ECM Summer School. The ECM Academy is a tailor-made course for partner organisations outside Europe.

“We will do our maximum to guarantee the success of the ECM Academy in Johannesburg by maintaining the highest standard of course content, recruiting the best speakers, and giving the latest examples showcasing the most up-to-date trends in the Meetings Industry.”