Home
»
News
»
Event hosts – masters of their own destiny 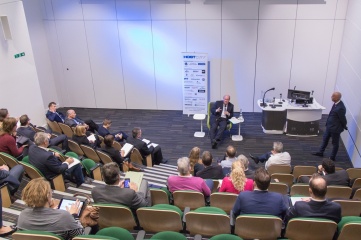 International sports governing bodies are now more than a hundred years old, many having emerged in response to the rise of international sporting events: FIFA was established in 1904 and the IAAF in 1912, for example.

Sports event rights holders have many opportunities to share experiences, through a number of different membership organisations. But a unifying body for the host cities themselves has been lacking. While many event properties (the Olympic Games and the FIFA World Cup for example) have their own knowledge sharing procedures for organising committees, there has been no publicly recognised organisation in place to support and regulate cities in their perennial quest to benefit from hosting major events.

Some stakeholders involved in attracting and hosting events have their own international networks: the Association of National Olympic Committees (ANOC); the International Congress and Convention Association (ICCA); and European Cities Marketing, for Destination Marketing Organisations (DMOs) – but the city halls themselves are not yet fully connected.

This is in the process of changing. City meetings have started to take place at all the significant sector gatherings. The City Roundtable at Host City 2015, chaired by Paul Bush Direcor of Events for VisitScotland, saw a very large group of city officials sharing experiences. Host City is also pleased to have supported the “City Day” at SportAccord Convention.

Event hosts have now publicly agreed to form a self-determining international association, a process Host City continues to fully support. Host City 2016, taking place in Glasgow on the 16 and 17 November, will be the next important gathering of cities and all types of events – not just sport, but business, culture and entertainment. We look forward to sharing experiences with you in the marketplace.