Will Beijing be ready to host the Winter Olympics by 2022? - Host City News

Home
»
News
»
Will Beijing be ready to host the Winter Olympics by 2022? 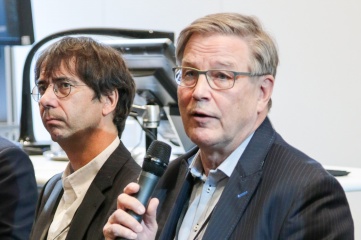 With PyeongChang 2018 just around the corner, the following Winter Games might seem a long way away – but four years is a short time in the Olympic movement.

According to the Beijing Organizing Committee for the 2022 Olympic and Paralympic Winter Games, all venues will finished by the end of 2019, in time for test events in 2020.

The Beijing 2022 Olympic Games will feature 26 venues, all of which are under construction. Some of these are being repurposed after hosting the 2008 Olympic Games. Others, mostly in Yanqing and Zhangjiakou, are being built from scratch.

Speaking at World Winter Sports Expo in Beijing, Irina Gladkikh, Winter Sports Director, IOC said: "There is a great progress across all areas. The IOC president attended the opening of the China National Games where he took the opportunity to visit several Olympic venues of the 2022 winter Games. And the IOC president was very excited about progress in the venue development.

“We are also delighted to see that the Winter Olympic federations are heavily involved in the Games planning and delivery in the venue development progress, in the test event planning and building a good strong team to deliver the Games. The international federations bring great knowledge and experience and they do share your vision for the great Games, for the great legacy and for the growth of winter sports in China and the global promotion of China as a winter sports destination.”

“I was listening to her presentation in Montreal in a Congress in 2012 and she was explaining about her career and told her life story, and her progress to be in the Paralympic Games in Beijing in 2008 where she won five gold medals in wheelchair racing.

“In the end of her presentation she showed us a video in which she was achieving her greatest victory in the 100m in the Paralympic Games. It was so exciting, because she only won in the last metre. Everyone jumped up from the audience and started applauding.

“And then she said, thank you for applauding but this is not the reason I came here today to tell my life story. And thanks for the empathy – she was paralysed when she was 13 years old – but that’s what I need either.

“And I think this is the essence of sport. It’s not about the victory, it’s not about the instant wins – it’s about the pursuit. It’s about giving everything you have and trying your best, and that’s where the respect comes from.

“We all understand that China will achieve the goals. I know we will build every facility that is needed. But at the same time, we need to be cultivating the winter sports culture behind it, understanding that it’s not the instant victories –  it’s the long-term pursuit, trying your best at building the culture that actually makes the result.

“My second remark is about the very extraordinary thing we have to understand about winter sports. Snow and ice include a very playful, joyful element. Every time you see a kid in the snow – and that includes me at my age; when I see snow and ice it makes me want to place – every kid wants to play with the snow and ice.

“That makes winter sports very special, because lots of winter sports are not only about skills but about having fun and playing, and that’s part of the winter sports culture that’s unique. It makes people want to play – it’s very joyful and very playful sport. That makes it a sport for all. That is something that’s very necessary to understand when we are building facilities, that it is sports for all.

“And it includes the fact that winter sport is always open to new forms of sport. We know that China is very strong in new sports and is open for creating new forms of sport, and that’s very necessary for the development of sport in our society.

“My third remark comes to the issue of sustainability. When we are building facilities and speeding up building, we have to keep up the sustainable ideology. Every method that we are using must be sustainable and the process of planning must be very sustainable so that we are not building anything that’s not necessary or that has no real use. I know that here for Beijing 2022 we are not building anything that does not have a plan for using it as a sports facility for the future.

“To conclude, it’s very much about building and cultivating a winter sports culture, involving a joyful element, remembering winter sports is a fun sport for all, and it’s about understanding youth and new sports in a sustainable environment.”

This comments in this article were made at World Winter Sports Expo in Beijing in September 2017 and first appeared in the Winter issue of Host City magazine.