Turn your track into a coaching assistant - Host City News

Home
»
News
»
Turn your track into a coaching assistant 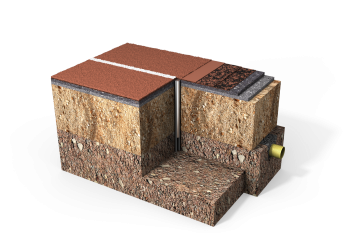 A precision data logging system for track and field athletes that facilitates daily training diagnostics without costly technical installations – that's Polytan SmarTracks, the new addition to the Polytan product range.
The system consists in the interplay of three components: magnetic timing gates built invisibly into the track; a waist-belt with sensor; and tried-and-tested analysis software.
Not only can this special technology be used to record the movement data of several athletes simultaneously, its diagnostic capabilities also go far beyond simple time measurement.
In conjunction with the fast and optimally cushioned Polytan synthetic sports surface, the sophisticated sensor technology lays the foundation for optimal training conditions in all performance classes, from school and recreational sports to elite sports.
The technology has been developed by humotion, a company specialising in the capture and analysis of human movement data. The easy-to-operate data logging system is suitable for all outdoor synthetic surfaces from Polytan and can also be retrospectively incorporated into existing athletics facilities with ease.
Its use in sports halls is currently in the development phase as components made of iron and steel may interfere with the magnetic field of timing gates in certain circumstances. The properties of the subsoil should also be tested prior to outdoor installation for the same reason.
Compared with other time recording systems such as photoelectric sensors, GPS analysis and video analysis, the winning features of Polytan SmarTracks are low measuring tolerances, full protection against vandalism, a complete lack of dependence on weather conditions and no time-consuming setup and dismantling of technical equipment.
Polytan provides "Professional", "Performance", "Basic", "Sprint" and "School" standard facility concepts in order to simplify training diagnostics, although individual training plans can of course also be taken into account.
The Polytan SmarTracks solution gives clubs and organisations an opportunity to provide professional training conditions – and thus make their sports facilities more attractive to members and sponsors. The advantages for coaches and athletes are twofold: a comprehensive training analysis with a diagnostic procedure but without the need for a diagnostician, and the ability to compare their performance with that of other athletes in competition conditions.
The movement data are captured by the timing gates in the ground and the sensor, which weighs just 24 g, worn on the body. Speed, step length, step frequency and jump height are recorded as well as running time. This is made possible by humotion's highly developed sensor technology with three-dimensional data capture, which actually consists of a number of intelligent individual sensors rather than a single one.
Two round magnetic elements (600 mm long and 25 mm thick) are sunk into the ground at intervals of 1.0-1.30 m to form a timing gate. The upper end of the magnetic elements lies no more than 25 mm beneath the upper edge of the synthetic surface. One track needs two magnetic elements, two tracks need three, three tracks four and so on. Polytan recommends a minimum distance of 3 m between the photoelectric sensors in the running direction.

Versatility in action
The first reference project with SmarTracks technology was implemented in Osnabrück in August 2008. A system on the site of the Westfälische Wilhelms-Universität Münster has likewise been in daily use for a few years.
Andreas Klose, who is a research associate at the Institute of Sport Sciences at WWU Münster, a physiotherapist and a high-jumper, says of his experience with the facility: “For me, Polytan SmarTracks has proven its worth in everyday use. The technology does not depend on the weather; it is versatile and can be activated in no time at all. The small and manageable sensor delivers all the data I need in order to diagnose performance as a basis for training recommendations. I also use the system to log my own performances."
The third athletics facility with Polytan SmarTracks is due for completion at the training ground of the TSV GutsMuths Berlin 1861 e.V. sports club in early 2016. Like the one in Münster, it has magnetic timing gates built into the fast and optimally cushioned Polytan M sports surface. The fourth one is planned for Hamburg.