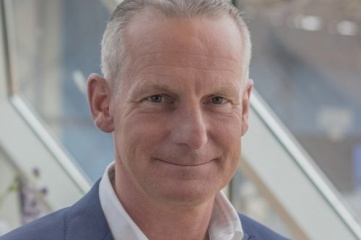 [Source: Losberger De Boer] Arnout de Hair succeeds Berndt Zoepffel who steps down from his current position as CEO and will be joining the Supervisory Board of Directors of the company.

The Supervisory Board is grateful to Berndt Zoepffel for his contribution to the successful growth of Losberger De Boer. "Losberger De Boer has undergone an impressive development under the leadership of Berndt Zoepffel since he joined the company in 1996. The merger with De Boer Structures in May of 2017 was an important milestone in a period of strong internal and external growth. Today, Losberger De Boer is a leading global player providing a wide range of products and services to many highly recognized customers.

The merger between Losberger and De Boer is a major step in becoming a leading provider in temporary space solutions and we are on the threshold of a new phase in the further development of our company. We came to the conclusion that in the coming years, strong emphasis will be placed on the further integration of the various companies that were acquired during the last few years to fully benefit from all the available capabilities. Arnout de Hair has shown strong leadership during the transition of De Boer into a strong and profitable company. We are convinced that with him we have a very good candidate to fulfil that future role at Losberger De Boer.”

Arnout de Hair joined De Boer Structures in 1998 and was appointed as COO in 2001 and as CEO of the company in 2012. After the merger with Losberger, he was appointed as COO of Losberger De Boer. Arnout de Hair has built extensive operational and general management experience during his various senior management roles at Losberger De Boer. He studied Economy and Logistics at the Royal Military Academy and Business Administration at IBO, the Netherlands.