Home
»
News
»
When to mediate or litigate in sports events 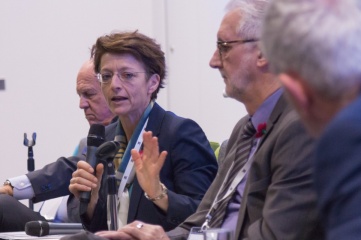 HOST CITY asked Sarah Lewis, Secretary General of the International Ski Federation (FIS) and the Association of Winter Olympic International Federations (AIOWF) whether mediation is an alternative to litigation in resolving sports disputes

“It’s important to draw a distinction where you actually can use mediation or an alternative dispute resolution method other than litigation.

“Competition rules and doping offences are not areas where you can mediate, negotiate and so on; these have clear rules and they have to be respected for the integrity of the sport.

“What you do need, when it comes to competition rules, is a solid internal procedure to have the possibility to appeal to a higher instance than the competition jury – they can make mistakes, so that needs to be verifiable.

“And then you also need the commitment that there will be an appeal possibility to the Centre for Arbitration of Sport (CAS), as the overall instance to check externally that your internal regulatory procedures are working in the correct way.

“From my perspective, as far as anti-doping offences are concerned, it’s a similar situation: an International Federation has to uphold the WADA rules. Then you have to defend those in an internal doping panel procedure and if there is an appeal, again can be appealed externally to CAS; that’s what is given in the code.

“Then the areas where we have a certain experience where there could be room for negotiation concerns disputes – we’ve had dealings in two particular areas. One has been with a couple of serious accidents that have taken place in international competitions, which are organised under the FIS rules, that are overseen by the technical delegate appointed for the assignment by FIS.

“Then there have been out of court discussions and negotiations, of course together with the insurance company who plays an important role there. In the one case we found a very good solution that involved supporting a foundation set up by the family in the athlete’s memory dedicated to supporting youngsters in his sport and improving safety measures.