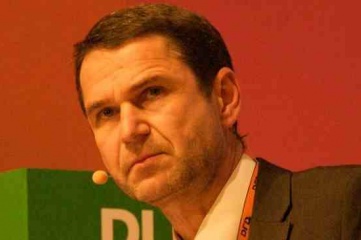 The Brazilian government will deploy 170,000 security personnel for the 2014 World Cup, investing USD 800m in the involvement of national security forces

Security at the 2014 World Cup was high on the agenda at FIFA’s National Teams Workshop in Florianopolis on Thursday, with Brazilian officials announcing the deployment of 170,000 security professionals to ensure the safe hosting of the event.

The majority of these security personnel will come from the police and armed forces. Speaking at a FIFA press conference, Andrei Rodrigues, of the Brazilian Ministry of Justice’s special secretariat for security at major events (SESGE) said “150,000 public-security and armed-forces professionals will be involved, with SESGE investing BRL1.17b [USD 500m] and the Ministry of Defence some BRL708m [USD 300m].

“These are resources deployed solely for the purposes of providing security to the population on an everyday basis.”

In addition to this investment, the Local Organising Committee (LOC) announced that a further 20,000 workers from the private sector will be engaged in delivering event security. The LOC’s head of security Hilario Medeiros said “It is very clear that Brazil is ready in terms of its various organisations and private security, with some 20,000 men being trained in event security."

With the 2013 Confederations Cup having taken place amid scenes of serious civil unrest, the security secretariat is understandably worried about the potential for violence. Rodrigues said “We do have one major concern, which is not the fact that people might demonstrate, as they are just exercising their democratic right in doing so. Our concern is with any violence that occurs as part of those demonstrations.

“The Confederations Cup was an example of that. There was one day in June when there were more than one million people on the streets and we had more than 50,000 officers working. Even so, the competition schedule was not affected, the demonstrations did not impact on the delegations and there were no injuries caused by the actions of the officers.”

FIFA proud to be in Brazil
FIFA’s director of security Ralf Mutschke denied that last year’s protests were directed at the sports federation. “We saw some social unrest and vandalism at the FIFA Confederations Cup in 2013, but that does not mean to say that we are going to reduce our presence, hide ourselves away or keep our symbols under cover.

“We do not feel, in fact, that we are the main target of the demonstrators. Obviously the protests had something to do with the Confederations Cup and the fact that Brazil and the whole world was watching the competition. We don’t feel that we are the targets, though. Far from it: we are proud to be here in Brazil.”