Home
»
News
»
Tokyo Olympics likely to be postponed to 2021 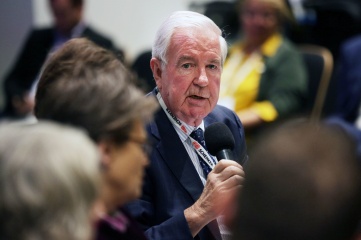 Postponement by one year is now probable, subject to complexities of supplier contracts and international sporting calendar

Following the International Olympic Committee’s announcement over the weekend that it is scenario planning for postponing the Games, the IOC’s former head of marketing said that the mostly likely outcome is to move by a year to summer 2021, while IOC member Sir Craig Reedie warns that this could take up to four weeks to confirm.

The comments were made on BBC Radio 4’s Today programme.

“Everyone clearly wants clarity as soon as possible. The IOC would like to announce a definitive new date as soon as they can. But they can’t do that until they’ve worked through some of the mind-boggling complexity with the Japanese,” said Michael Payne, who as IOC head of marketing launched the TOP sponsor programme that transformed the fortunes of the Games.

“I think until recently the Japanese were desperately hoping the Games would still be taking place this July. Only now are the Japanese seriously looking at plan B. The main issue is looking at all the logistics within Japan, of the venues, as to how can they effectively mothball them for whatever period of time necessary.

“And the international sporting calendar – I think it’s becoming increasingly clear that a short delay wouldn’t solve the problem. You have to look at a one-year delay, and I think that will come sooner rather than later.”

“The IOC President Thomas Bach and the Japanese Prime Minister have said cancellation is off the table. Japan has invested billions of dollars and they obviously still want to proceed, albeit with a different date.

“For the IOC they want to do everything possible to avoid disenfranchising the 10,000 athletes. Postponement is clearly where this is now going, and most likely for one year.”

Sir Craig Reedie has served as vice president of the IOC and Executive Board member. Asked what advice he would give to Japanese President Abe and IOC president Bach now, he said: “I’d be saying to them, is it possible that the contractual situation that you will have with a whole range of suppliers – it’s venues, particularly it's accommodation, it’s with various people – can these contracts be amended to a postpone the Games to a later date? I suspect that’s why a suggested period of four weeks is required, to see if that is possible.”

“Thereafter the issue seems to be clearly twofold. Firstly, will Japan be sufficiently clear of the virus? And secondly will the rest of the world have moved on to such a stage that athletes will no longer be afraid of travelling and taking part?

“The whole region has been massively infected by the spread of the virus. Everybody is saying athletes cannot prepare properly, there is danger in asking them to do so.

“So the balance of probability is that Japan have to be asked if they can change their logistical arrangements, particularly I think in the area of accommodation.

“And if that can be done then the IOC, I think, will look at postponing the Games.”

National Olympic Committees are beginning to prepare their teams for a 2021 event, with Canada having already pulled out of 2020.