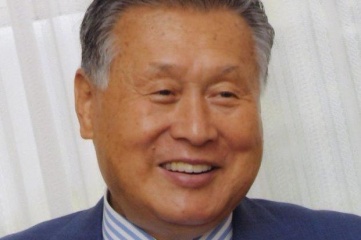 In this exclusive Q&A, Mr Yoshiro Mori, president of Tokyo 2020 says strong links with the IOC and International Federations will be crucial, as will specialist information from HOST CITY magazine

HOST CITY: Congratulations on your appointment as President of Tokyo 2020. How have your previous experiences prepared you to take on the responsibility of organising and delivering the world’s greatest and most complex event?

Mr Yoshiro Mori: Of course, it is a great honour to have been appointed as President of the Tokyo Organising Committee of the Olympic and Paralympic Games. However, I am also keenly aware of the huge responsibilities that come with this position and the many challenges that lie ahead.

Throughout my long involvement in sport, I have always recognized the importance of forging close working relationships based on mutual trust with a variety of stakeholders both domestically and internationally, and have always endeavoured to put this into practice. It is fullest intention to make the most of my extensive experience, and exert my utmost efforts towards building productive relationships with the International Olympic Committee, the International Paralympic Committee and international sports federations, as well as the wider international sporting community.

HOST CITY: Why do you think Tokyo was selected as the host city for the 2020 Olympic Games?

Mr Yoshiro Mori: The main objective of the presentation given by the Tokyo bid committee at the 125th IOC Session in Buenos Aires last September was to demonstrate to the members of the IOC that the people of Japan had once again realised the power of sport to act as a force for good through their struggles in overcoming the tragic earthquake and tsunami of March 2011, and their strong desire to further promote these values and make a significant contribution to the international community.

I believe that that many IOC members were persuaded by Tokyo’s presentation, and this is a major reason behind Tokyo being elected as the host city for the 2020 Games. Other important factors were Tokyo’s meticulous plans for the successful delivery of the Games, the fact that Tokyo is a safe pair of hands for the Olympic Movement, and the fact that Tokyo has a proven track record of successfully hosting several major international sports tournaments.

Our overarching aim is to deliver a seamless and successful Olympic and Paralympic Games, and to communicate the power and values of sport. In so doing, I hope that we are able to respond to the expectations that the world has towards the Tokyo 2020 Games.

HOST CITY: What is the global significance of Tokyo and Japan hosting the Olympic Games in 2020, as compared to in 1964?

Mr Yoshiro Mori: The 1964 Olympic and Paralympic Games left an immeasurable amount of both tangible and intangible legacies in Japan. Furthermore, a vast majority of these legacies remain in regular use even now, a half century later. The 1964 Games served as a platform for Japan to showcase its economic strength and technological capabilities to the world, and provided Japan with the opportunity to claim its rightful place among the world’s leading industrial nations in the second half of the 20th century.

Now, as we prepare for the 2020 Games, Japan has already reached the status of a ‘mature nation.’ Evidence of this can be seen by the fact that Japan, along with other mature societies, is now working towards realisation of a largely equitable society and is tackling the problem of an increasingly ageing society. I believe that countries around the world are looking to Tokyo and Japan to come up with solutions to the kind of problems faced by mature societies through its hosting of the Olympic and Paralympic Games. From a global perspective, I feel that this is one of the roles expected of Japan by the international community.

HOST CITY: What are the organising committee’s most important priorities for the second half of 2014 and for 2015?

Mr Yoshiro Mori: The most important task facing us for the remainder of 2014 is the formulation of our Games Foundation Plan. The Organising Committee is obligated to submit our finalised Games Foundation Plan to the International Olympic Committee early next year, and we are currently working feverishly on ensuring that the plan is completed on time.

From next year, we will enter the phase of putting our finalised plans into practice. Accordingly, it is essential that we forge close working relationships with the IOC, the IPC, IFs, NOCs and all other stakeholders. We realise that our first priority must be to establish a relationship of trust with all the aforementioned stakeholders.

HOST CITY: Further ahead, which of the functional areas, such as security and transport, do you think will require the most attention?

Mr Yoshiro Mori: The Organising Committee is composed of ten separate bureaus, each with responsibility for a specific function. The bureaus are Administration, Planning and Finance, Engagement, Marketing, International Relations and Sports, Games Preparations and Operations, Security, Telecommunications, Venues, and Coordination for Infrastructure.

Each of these is a vital function, and without even one of them a successful Games would not be possible. Of course, among these functions, it is important that some bear fruit quicker than others, but rather than saying which of the functions is more important, it is perhaps more accurate to say that our greatest responsibility should be to ensure that all functions are acting in unison towards the ultimate objective of delivering a successful Games.

HOST CITY: How do you expect media scrutiny to grow as you get closer to 2020 and how does the organising committee plan to manage the media coverage of Tokyo’s preparations?

Mr Yoshiro Mori: Both the London and Sochi Games drew a huge amount of attention from the international media. I am certain that the Tokyo Games will attract the same amount of media attention, if not more.

The organising committee already has a specialist communications team in place to handle enquiries from both the Japanese and international media, and they are able to respond swiftly to the many requests for interviews we receive from journalists on almost a daily basis. The team also shares information each week with the IOC communications team by teleconference.

In addition, we have also set up a network to maintain regular contact with the communications teams of the Tokyo Metropolitan Government, the Japanese Olympic Committee, the Japanese Paralympic Committee and the Japan Sport Council, and we plan to further expand this collaborative network in the future.

HOST CITY: What role do you see for the many international partners and suppliers that can support Tokyo’s staging of the Games?

Mr Yoshiro Mori: Various types of expertise and technical abilities are essential for hosting the Olympic and Paralympic Games. Of course, it is impossible to include all these areas of expertise in the organising committee. Therefore, it is essential that we avail ourselves of the professional products and services provided by sponsors and suppliers in specialist business fields. One could even say that they are indispensible partners in ensuring the successful delivery of the 2020 Games.

HOST CITY: HOST CITY magazine helps event organisers to deliver the best events in the world, by sharing the experience of different host cities. How important is information like this in preparing to host the greatest show on earth?

Mr Yoshiro Mori: Without doubt, the Olympic and Paralympic Games is the most complex sporting event in the world to organise, and preparations require an inordinate amount of time and effort. It is important that we obtain as much expertise and knowhow as possible in the least amount of time.

We have learned much and gained vital experience of previous Games through our participation in the IOC’s Observer Programme and Olympic Games Knowledge Management Programme. However, we also realise that there is still much more we can learn from specialist international media outlets such as HOST CITY magazine.