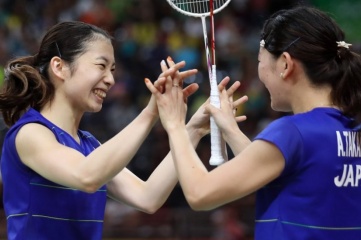 More than half of the events scheduled are badminton, including the 2016 Scottish Open Grand Prix in Glasgow

The newly launched Olympic Channel has scheduled 35 events in ten sports to be broadcast in 2016, including major championships and Olympic qualifiers

Ten international sports federations (IFs) have agreed to broadcast their events on the IOC’s new Olympic Channel. 35 events hosted in all regions of the world will be broadcast in 2016, ranging from Olympic qualifiers, world championships, world cups, grand prix and more.

“We have received excellent feedback from broadcasters on archery’s coverage at Rio 2016,” said Tom Dielen, Secretary General of World Archery.

“The Olympic Channel gives an opportunity to build on the wide exposure Rio offered, even though the Olympics are over.”

According to the International Sports Press Association, such collaborations aim to complement the IFs’ current broadcast and distribution arrangements.

The Odense 2016 Hyundai Archery World Cup Final, for example, will also be broadcast on World Archery’s YouTube Channel and via selected broadcasters worldwide.

The Olympic Channel is working with the IFs to create innovative partnerships including event coverage, highlights, magazine shows, news coverage and original programming, with further announcements expected in the autumn.

“We look forward to working with our IF partners to help distribute their events and extend their reach to fans around the world. Placing a spotlight on Olympic sports and athletes outside of the Games themselves is one of the key priorities of the Olympic Channel,” said Mark Parkman, General Manager of the Olympic Channel.

“Launching the Olympic Channel with this event programming already in place ensures that fans will be able to continue their excitement of Rio and the Olympic Games all year long.”

The Olympic Channel is a new digital platform where fans can engage with Olympic sports all year round via mobile apps for Android and iOS devices and at olympicchannel.com. The channel launched on 21 August following the Closing Ceremony of the Rio 2016 Olympic Games.