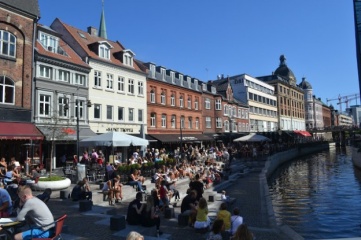 Commenting on its Gold Partnership, Mr Pun Weng Kun, President of Sports Bureau of Macao SAR Government said, “We are honored to return again as one of the Gold Partners, as we look forward to enhancing Macau’s profile as an active sport city, making contributions to the positive growth and development in the global sport industry and being a significant part of the success of the SportAccord Convention.”

The Sports Bureau of Macao SAR Government seeks to promote sport at all levels with athletes and citizens alike. It focuses on creating the necessary conditions for the development of sport and plays an active role between sports associations as well as encouraging citizens to lead a healthy lifestyle, promoting the positive message, “Let’s exercise for our health” as a good habit.

Nis Hatt, Managing Director of SportAccord Convention said, “We are pleased to welcome Macau for their tenth anniversary year as a Gold Partner. Their strategy and objectives for enabling people to participate in sport from grassroots to elite levels, as well as hosting international sport events, makes Macau a key contender as an international sports destination.” Hatt went on to say, “With interest high for this year’s Convention, as well as Aarhus being on the radar of many organisations around the world as European Capital of Culture for 2017, we’ve seen a sharp rise in registrations to take advantage of this halo.”

Held in a different city every year, the annual SportAccord Convention is a unique opportunity for key decision-makers from sport and industry to meet, network and strategically shape global, regional and national agendas. An exclusive 6-day event with 1500 delegates expected to attend in just under 6 weeks, organisations who want to take advantage of the world’s premier and most exclusive annual event and get involved in the business of sport, are registering as exhibitors or delegates daily at www.sportaccordconvention.com.

The SportAccord Convention is also host to annual general meetings of governing bodies, will welcome a delegation from the International Olympic Committee, and its 3-day conference programme focused on ‘Innovation In Action’ promises to share cutting edge business ideas and fire the imagination of delegates.