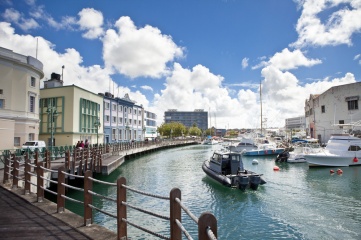 The marina in downtown Bridgetown, the capital of Barbados

Soccerex has signed a new event partnership with the Barbados Tourism Authority, which will result in the global football industry event being held in the Caribbean for the first time.

On 21-22 October, the Lloyd Erskine Sandiford Centre on the tropical island of Barbados will be the venue of the Soccerex Americas Forum. The event promises to connect the leading administrators and business figures within the Americas with their global counterparts.

The confederation has plans for a Caribbean Premier League to emulate the success of Mexico's Liga MX, which recorded the fourth highest average attendance of any professional league in the world, and the MLS, which is set to add four new franchises over the next three years.

“We are proud and privileged to be the host location for this year’s Soccerex Americas Forum,” said Petra Roach, interim president and CEO, Barbados Tourism Authority.

“As a nation of sporting enthusiasts, we take football very seriously, and thus are delighted to be able to facilitate an event whereby the beautiful game is at the core of the discourse.”

Major events will be an important focus of the conference programme, with the 2016 Copa America and a potential CONCACAF 2026 World Cup bid high on the agenda.

The event will also feature a review of the 2014 FIFA World Cup, with a number of footballing legends appearing.

Soccerex CEO Duncan Revie said: “I am delighted that our first Americas Forum will be held in Barbados, a country with a huge sporting passion. It will provide a great location to start our time in the region and to continue our efforts of strengthening football business within the Americas.  With all the beautiful island has to offer, there isn’t a better backdrop to do business.”

For further details about the Soccerex Americas Forum, please contact Soccerex on +44 208 987 5522 or email us on enquiry@soccerex.com.