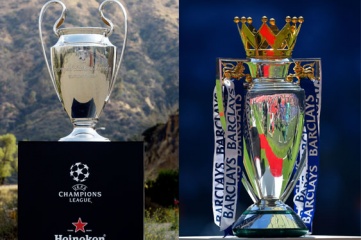 Ahead of the Soccerex Global Convention 2015, Soccerex has confirmed the final line up of event partners and supporters

Ahead of the Soccerex Global Convention 2015, Soccerex has confirmed the final line up of event partners and supporters. Brands such as Qatar’s leading communications company Ooredoo, market leader in enterprise application software SAP and  leading international media like Eurosport have all signed up for the three day football business event.

The Soccerex Global Convention then kicks off at Manchester Central Convention Complex on 7th September with programmes of conference content, exhibition stands and networking activities over the next three days. The Convention is held in partnership with Marketing Manchester and with the support of international event host partner The Asian Football Development Project (Asian Forum).

Other event partners include global insurance experts, Lockton, and leading sports broadcaster talkSPORT as well as FIFA Master Alumni who will be the academic supporter to the Convention. Major Events International (MEI) will be the commercial supporter of the event.

The Convention will consist of a number of top companies giving in depth insights into the business  of football with the likes of Matchvision, Pro Soccer Development, Solive, Tifosy, Social Chain and Triple IT all having presentation slots for what is widely acknowledged as the world’s leading football business event.

Soccerex CEO Duncan Revie commented: “We are very proud to work with our host partners Marketing Manchester and all the different event partners and supporters of the Global Convention. We are very grateful for their immense support, without which we would not be able to deliver the events we do”.

The Soccerex Global Convention kicks off with the Football Festival on 5-6th September, with the conference starting on Monday 7th September. A packed international exhibition and a programme of networking and social events such as the half time networking lounge sponsored by bottoms up beer, social evenings sponsored by Prestige Hospitality, official sales agent for the UEFA Euro 2016 Hospitality programme and the VIP dinner sponsored by Global W Mexico. Another networking social event is “SoccerMatch” which is the platform for the football industry to share ideas, discover new contacts and do business and is sponsored by Yuuzoo. The CSO Zone is playing a bigger part in this year’s Convention and will be sponsored by Terres Des Hommes.