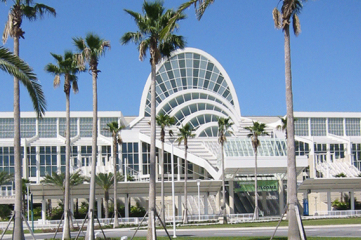 With a strong start to the new year, Smart City Networks, the leading event telecommunications and technology services provider for the convention industry, in the US, has announced a record number of contracts achieved at the close of 2016. Since early 2014, the company has been awarded 17 new contracts nationally, which are expected to generate a combined revenue of over US$285 million.

According to Martin A. Rubin, CEO of Smart City Holdings, the scope of the new venue contracts the company has added over the past three years encompasses 135 years of agreements, between initial terms and extension options.

“These contracts exemplify the sophistication and industry knowledge that Smart City brings is second to none,” said Rubin. “These numbers are a testament to the hard work and dedication the Smart City staff puts in every day to serve our local partners and community.”

The exclusive telecommunications and technology company for the Orange County Convention Center (OCCC), Smart City provides technology services to more than 3,000 conventions and meetings annually. Most recently Smart City served as the technology provider for the National Association of Home Builders (NAHB) International Builders’ Show—the world’s largest construction trade show—which was held in Orlando January 10-12, 2017, and is slated to return in 2018 as well. With new homes construction embracing the full impact of the Internet of Things, Smart City’s extensive wireless network infrastructure at the OCCC supported NAHB’s exhibitors in their demonstration of all things IoT in home of the future.

Founded over 30 years ago, Smart City Networks designs, installs and maintains data, voice, electrical and utility platforms, coupled with voice, video and data network engineering, security and monitoring for more than 35 convention and meeting facilities across the U.S., totalling over 17 million square feet of exhibit space.